While health authorities grapple with COVID-19 outbreaks at food processing facilities across the Lower Mainland, similar operations in Richmond appear to have side-stepped that particular landmine.
May 5, 2020 12:24 PM By: Alan Campbell 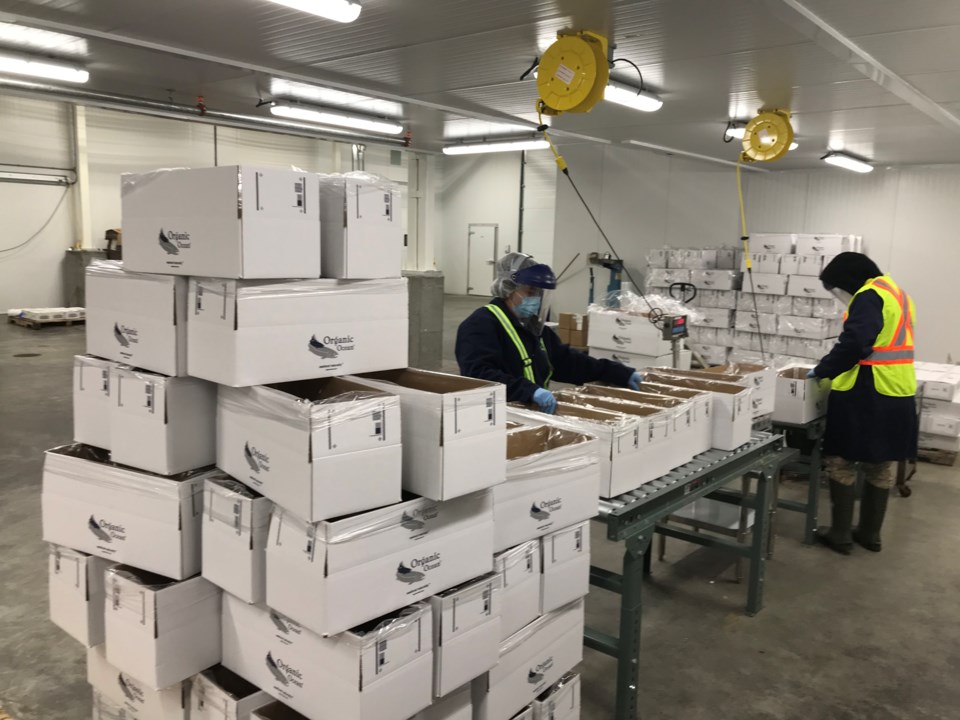 While health authorities grapple with COVID-19 outbreaks at food processing facilities across the Lower Mainland, similar operations in Richmond appear to have side-stepped that particular landmine.

There are seven confirmed cases of the virus at Fraser Valley Specialty Poultry in Chilliwack, 54 at Superior Poultry in Coquitlam and 35 at United Poultry in Vancouver.

Some of those cases may be linked to temporary foreign workers, who often live in large numbers in the same accommodation.

However, according to the union which represents many of the employees at such facilities, there have been no reported cases of COVID-19 in Richmond.

Parm Kahlon, spokesperson for UFCW 1518 local – which has 112 members at Donald’s Fine Foods on Mitchell Island in north Richmond – said major changes have been made to the operations since the pandemic started.

“Staff are all wearing gloves and masks and using plexi-glass, all provided by the company,” Kahlon told the Richmond News.

“Staff benches and tables (in break rooms) have been removed and there are now tents now outside for breaks and lunches, where there is more space.”

The News has reached out to Donald's Fine Foods and several other Richmond processing plants for comment on their operations.

It has also contacted the Migrant Workers Centre - a B.C.-based non-profit which provides legal advocacy - to find out if temporary foreign workers are being employed at Richmond food processing/packing operations.

Meanwhile, another Richmond-based company in the food sector is thankful it got well ahead of the pandemic curve, when it outfitted all employees with PPE and totally re-worked its operations several months ago.

Guy Dean, president and general manager at Organic Ocean Seafood in Steveston Harbour, said his company has been working with a limited crew at the plant since March, when it also shut off access to the operations side for people who don’t need to touch the product.

The company specializes in high-end seafood, such as salmon, halibut, ling cod, sablefish and spot prawns and supplies some of the world’s top chefs, from across North America to Hong Kong and Singapore.

“We took COVID social and physical distancing very seriously at a very early stage, around the time the (World Health Organization) declared it a pandemic, but way before B.C. started making recommendations and orders,” said Dean.

“It was critical for us to have employee safety and to have protection of our resources. We locked down long before it became official.”

Dean said the company has an investor who was “very tuned in to what was happening around the world” and gave them an early heads up as to what was around the corner.

“We were well aware of what was coming and went out and got our PPE stock before anyone else had even considered it,” added Dean.

Ordinarily, Organic Ocean would have 17 employees at the Steveston plant, including office staff.

But they are now down to only four people at any one time in the operations side, normally there would be seven, while the office staff are all working from home.

“We work in teams and we had to split them up. We have a safety officer who jumps on it the second it’s not happening,” said Dean.

However, like most businesses that supply the restaurant trade, Organic Ocean has suffered a massive financial hit, losing about 80 per cent of its orders.

The company didn’t sit around waiting for a miracle, though, it pivoted 180 degrees and started doing home deliveries across the Lower Mainland.

“We had to re-invent ourselves,” said Dean, adding that they also donate produce to the Downtown Eastside in Vancouver.

“We took about two weeks to get something up and running which would normally take six months to a year.

“We got some of our business back in Singapore, but they relapsed. But Hong Kong and other locations are slowly coming back on line.”

As for the current push across B.C. to have the current restrictions on social activities – such as restaurants and bars – lifted, the new model of operating at Organic Ocean seems to be here to stay, for a very long time.

“We plan to listen to the science, which continues to tell us to be cautious,” added Dean.

“We may see some easing (in restrictions) and B.C. has done an amazing job. Hopefully we will see some food business return.

“We don’t see us changing those restrictions to staff any time soon. This is the new normal; our employees will be required to wear (PPE) in perpetuity.”