All-access all the time at McNeely playground 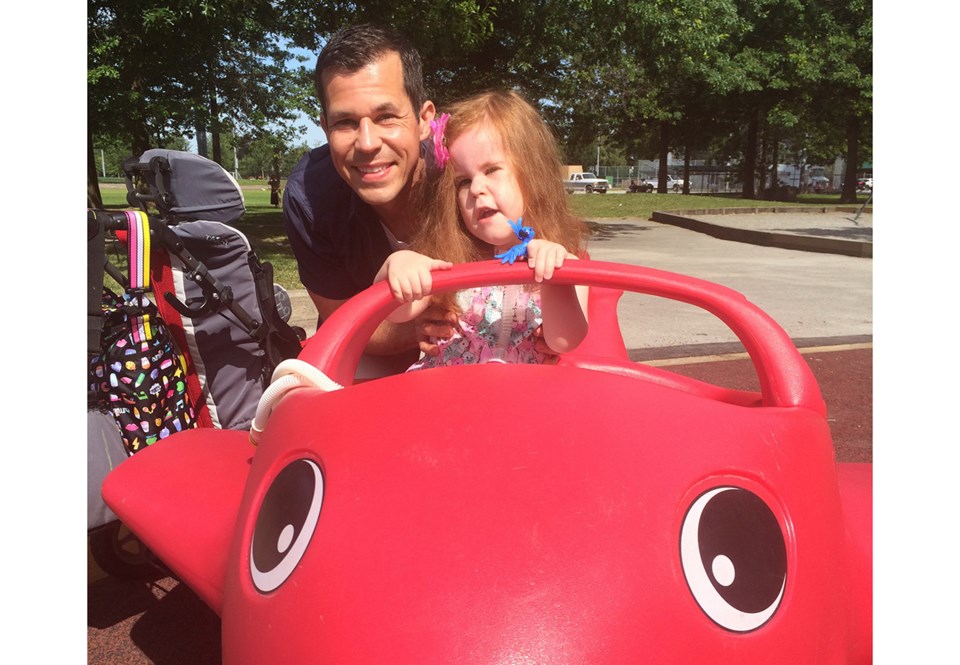 A new all-access playground at McNeely elementary school has opened to the public.

The $230,000 project was the idea of local resident Amanda Bostik after coming to the realization many play areas are not accessible for children with disabilities, such as her daughter Gemma.

The City of Richmond contributed $160,000 as part of its overall redesign of King George Park.

Bostik herself raised $31,000 and another $27,000 came from the BC Tire Stewardship Foundation.

City spokesperson Kim Decker noted the playground’s special design features accommodate children with various accessibility issues. For instance, there are multi-sensory elements such as easy-to-navigate rubber surfaces and built-in toys, such as drums. There are also numerous points of entry for wheelchairs.

“Being a fully accessible, inclusive and barrier-free City is an important goal and priority for Council. Projects such as this bring immeasurable benefits to all those in the community,” said Mayor Malcolm Brodie.