After accident that left him paralyzed, pilot finds way to move forward

Jim Ryan is the 2018 Courage To Come Back award recipient in the physical rehabilitation category
Apr 26, 2018 9:37 AM By: Martha Perkins 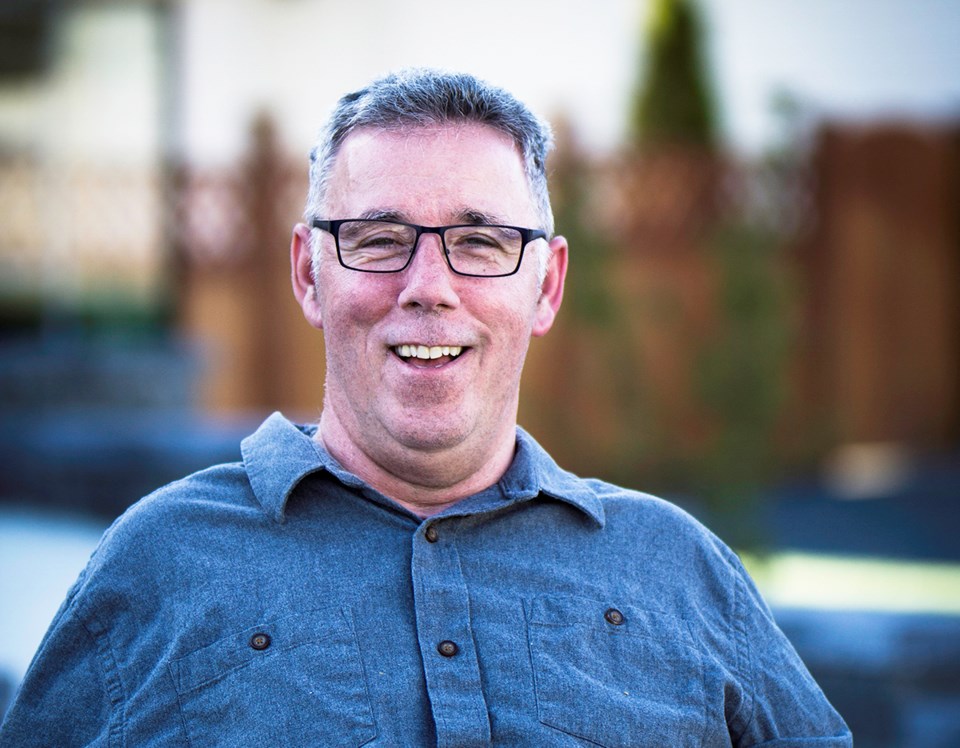 “I’ve always felt I didn’t have a choice but to move forward and make it all work,” says Jim Ryan. “I can’t change what is. I can only live with what I have.”Trevor Weimer

It was the holiday that Jim and Isabelle Ryan had spent years of parenthood waiting for.

Their four children grown, they lay on the beach in Maui in March 2016 and talked about the possibility of retirement — Jim as a pilot with WestJet and Isabelle as a physiotherapist.

It was hot under the sun so they decided to cool off in the Pacific Ocean. Floating around for 15 minutes, indulging in the freedom of not having a care in the world, they started to make their way back to their waiting towels.

They were about 10 metres from shore when a wave approached. Walking backward in the waist-deep water to make it easier to retain his footing, Jim said to his wife, “We’ll dive through this wave and climb out.”

He dove, just as the wave crested. But rather than emerge on the other side of the frothing waters, he was tossed upside down, his head hitting the sandy bottom.

He remembers floating under the water and thinking, “I’ll have quite a headache tonight.” And then he started to swim to the surface.

Except his body didn’t move. His arms and legs didn’t do what his brain told them to.

That’s when his pilot training kicked in. When you have a problem, you have no other option than to stay calm and soldier through it. It’s not like you can pull over to the side of the road to give yourself time to figure out what to do next.

OK, your body’s not doing what you tell it to. Try again. That doesn’t work. Lungs are emptying with air and filling with water. Don’t panic. Assess this new problem logically: this is bad.

“I thought to myself, ‘This is what it’s like to drown. At least I’m not burning to death.’”

He was too busy being the pragmatic problem solver to see his life pass before his eyes. “I’m underwater and trying to figure out what I was doing wrong because nothing was working. I never felt the need to panic — I didn’t think I had the time to.”

Ryan doesn’t remember much after that. He knows his wife found him and, screaming for help, pulled his lifeless body to the surface. He knows the lifeguards quickly arrived to start CPR and that they, quite literally, brought him back from the dead. And he knows when he awoke in the hospital the next day, everything from his neck down was paralyzed.

If that was the end of his story, Ryan would not be wheeling onto the stage of the Vancouver Convention Centre May 10 to receive them 2018 Courage To Come Back award in the physical rehabilitation category.

Ryan will not tell you that the journey from that beach to the gala has been an easy one. As well as the loss of mobility, he’s suffered through the loss of independence and privacy since he needs help for nearly everything. He’s had to watch his wife learn how to cope with their new circumstances, those dreams of retirement now consumed by the complications of his daily, sometimes hourly, needs.

But he also won’t tell you he’s angry.

“I’ve always felt I didn’t have a choice but to move forward and make it all work,” he says from his home in Chilliwack. “I can’t change what is. I can only live with what I have.”

Ryan spent the first four months of his recovery at Vancouver General Hospital followed by five and a half months at the G.F. Strong Rehabilitation Centre. All through those initial months, he thought his situation was temporary. His daughter gave him a cross-stitched sign: “One day closer to walking out of here.”

“The first time they put me into the sling to get me into a wheelchair I thought, ‘Well, I’m glad this is temporary.’ I didn’t allow myself to think I’d never walk again.”

Someone asked him what his biggest challenges were. “I’ll have to get back to you on that,” he responded, once again in there-are-no-problems-only-solutions pilot mode.

Life changed when Rick Hansen rolled into his room at G.F. Strong.

“He’s one of those people who seems to understand other people and wants to help,” Ryan says of Canada’s man in motion, with whom he’s still friends. “We had a really good conversation and I’m not sure why we clicked. We had a conversation about life and I said I’m looking for a way to contribute. I’ve got two university degrees, been around the world and I’ve got to do something with this.”

Hansen had an answer: “Why don’t you be an ambassador for accessibility issues?”

The Rick Hansen Foundation gave Ryan a Powerpoint presentation as a way to get started. Ryan added some personal slides and began speaking to various groups. The reception was, to him, surprisingly positive. He found his voice and has since taught at UBC, the University of the Fraser Valley and G.F. Strong. He’s given lectures to therapists and kinesiologists about the needs of quadriplegics in the healthcare system. WestJet, which he says treated him really well following his accident, has asked him to talk about accessibility issues for plane passengers. With the help of his son Daniel, he created a Facebook page called Jim Ryan Rolling Through Life, with almost 3,000 followers; his and his wife’s YouTube channel about his care is called JimIsabelle; and his blog and podcast channel is at MyQuadriplegic.Life.

He wants to get his message out in daily interactions, too. People tend to look away from someone in a wheelchair, perhaps because they don’t want to be accused of staring. But Ryan doesn’t want to be invisible. He doesn’t mind people asking him questions and, if it gets too personal, he knows how to deflect the conversation.

Technology has been another life-changer. His house is getting fitted out as a smart home where Siri answers all of his questions and Alexa turns on the lights and opens the door for him.

“Siri and I have a love/hate relationship — we love to hate each other,” he says with his typical dry humour. “And Google Home and Alexa fight when we’re not here.”

He’s not worried about the threat that Apple, Google and Amazon are going to learning a bit too much about him through the technology they provide. “If someone’s watching my life, they’re very, very bored,” he says.

He has deep empathy for his wife and how the accident has changed her life. Ryan says when people look at him, they know that something traumatic has happened — Isabelle’s trauma is hidden but it’s just as real. However, they know they’ll get through each problem and move onto the next.

“You can’t change the past,” he says. “You don’t have to like it or accept it. It will always be part of your life but you have to move forward and try to find a way to live with your past. I still don’t believe I’m a quadriplegic. I think I’m going to wake up one day and walk.”

What about his own emotional trauma, the inner journey of one day being an airplane pilot lying on a beach and the next day being a man who needs help — and two hours — to get out of bed every morning?

“I keep saying I don’t have enough time to be angry and depressed. I’m too old. If I spend a year being depressed, I’ll lose the years that I’m functional. I’m 58. I’m not going to destroy my life and my family’s being angry….

“We just keep working through it.”

The Courage To Come Back awards are a major fundraiser for Coast Mental Health. More information and tickets to the May 10 awards ceremony are available at CourageToComeBack.ca.