A local food system defined by us all 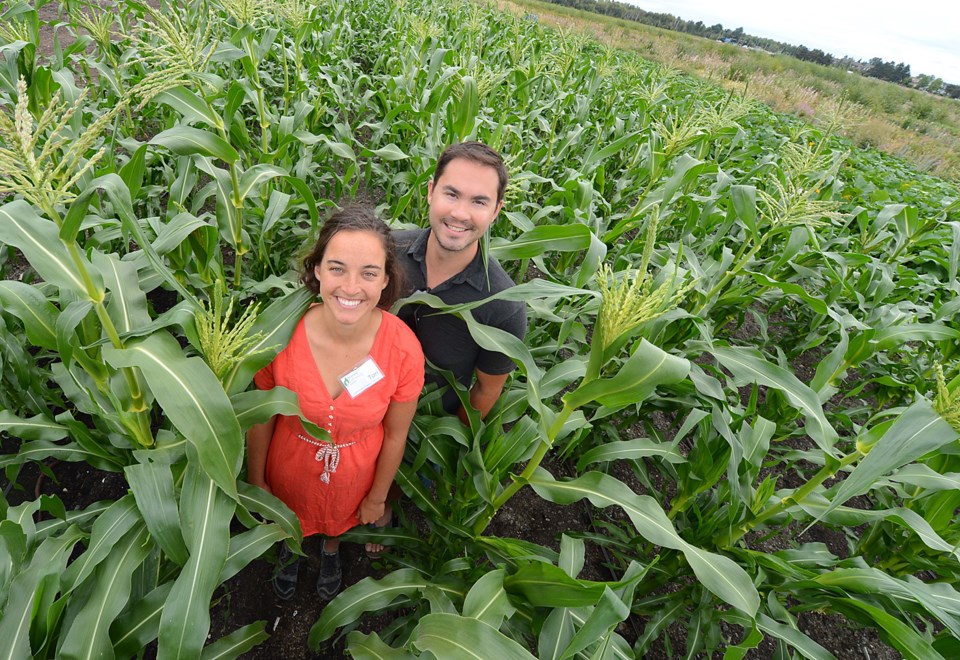 Victoria Ostenso and Colin Dring study at UBC’s Centre for Sustainable Food Systems. Together, they explore culture and class and their relations to place-based/local food systems. Boaz Joseph photo

If Richmond is to orient itself toward a sustainable, local food network it must recognize the tastes and values of each culture that makes its home here, as well as recognize the needs of people across all income thresholds.

In fact, culture and class are just two of many pre-existing biases in municipal food policy planning in North America, according to Colin Dring, former executive director of the Richmond Food Security Society (RFSS) turned University of B.C. PhD candidate in agricultural planning.

“We’ve concentrated too much on the ingredients of a certain culture’s foods and haven’t created a space for other cultures’ food,” said Dring.

For instance, if our food policies inform Chinese immigrants to eat locally but nothing they eat is grown locally then, “How do we create a space and value that?” asks Dring.

“What does a local food system look like for a Filipino, East Indian or Chinese family? Those questions aren’t being answered.”

And, added Dring, the burdens of some local food policies may fall disproportionately on low-income people.

For instance, farmers’ markets have typically been a gold standard of local food movements. However, they can be expensive.

Creating a local food network in any municipality has typically fallen on a citizen-led advisory group, often referred to as a Food Policy Council.

“Part of a food policy council is to resist the commodification of food,” explained Dring, citing the need to make food more visible and social, such as at farmers’ markets, however flawed they may.

Councils brainstorm ideas to promote local food and work with city planners to formulate policy directed by a city council. Richmond had a food council from about 2001 to 2015, said Dring. This council, alongside other community groups, realized tangible results in formulating urban agriculture policies.

“In Richmond they have people’s lawns that can be agricultural growing spaces… Not every city has that,” said Dring.

Likewise, unlike Richmond, some cities may promote policies such as backyard chickens.

In Richmond, urban agriculture achieved a significant boost when the Garden City Lands were saved from development. Dring also cites the Terra Nova Rural Park and ecological reserve as a big policy win.

While food councils tend to work within city boundaries they do take on larger advocacy roles. Dring and his successors at RFSS have declared mega mansions on Richmond farmland as contrary to the Richmond Food Charter.

“There’s a capacity to prevent those retailers from coming in. There has been a number of cities that have been successful in keeping Walmarts out. If you remember, the Richmond battle was pretty protracted. I think it took 10 years,” said Dring.

And while Walmart may provide cheaper, but non-local produce, it is still too expensive for very low-income residents, said Dring.

Food councils do have other problems to address, such as being too embedded in professionalism and academia. Access to councils is another issue. Some councils may lend themselves to members who are able to better navigate a bureaucracy (such as councils that are appointed by government).

“It’s not all elitist in this context. But it is something food council policies must be aware of,” said Dring.