Richmond TD branch recognized in the galaxy by local non-profit

A ‘star’ was named after the bank for their community work and donations during Christmas.
Jan 17, 2021 10:55 AM By: Valerie Leung 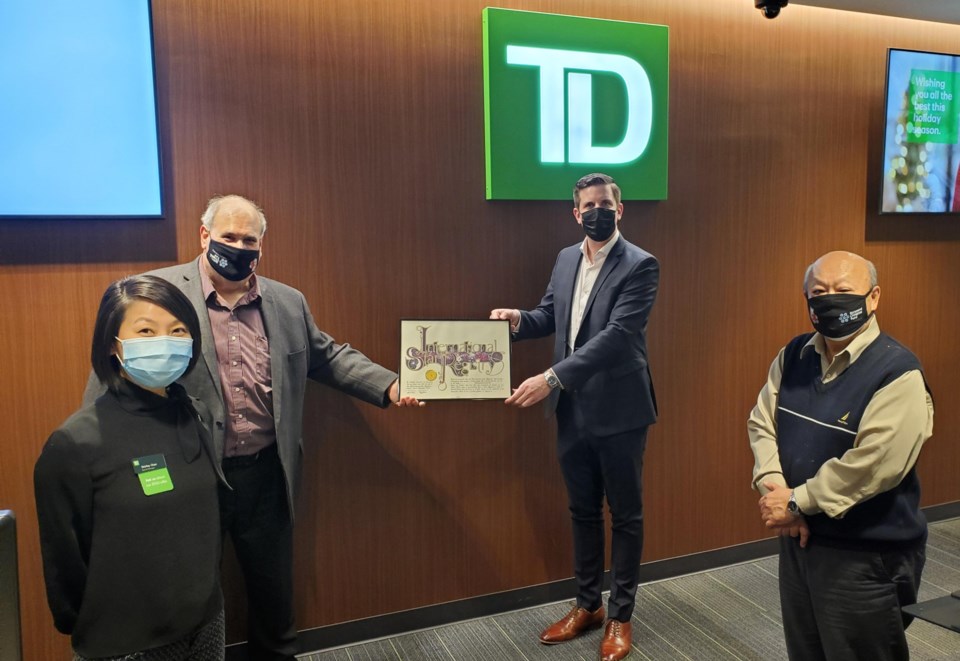 The Richmond Christmas Fund named a star after TD Bank Richmond for their support and community work during the Christmas holidays last year.

Richmond Cares, Richmond Gives (RCRG) – which runs the Christmas Fund program – presented a certificate stating that a star has been named “Richmond One TD” to the TD branch manager, on No. 3 Road and Granville Street, on Thursday.

RCRG purchased a star for each of their Angel Donors – those who donated a minimum of $10,000 to the Christmas Fund program – as a way to recognize them for their contribution to help vulnerable families during the winter holidays.

Among RCRG's Angel Donors, the Richmond RCMP was also presented a star certificate.

Each star certificate shows the location of their star and confirms it has been named in their honour.

The stars were purchased through the Switzerland-based business International Star Registry.