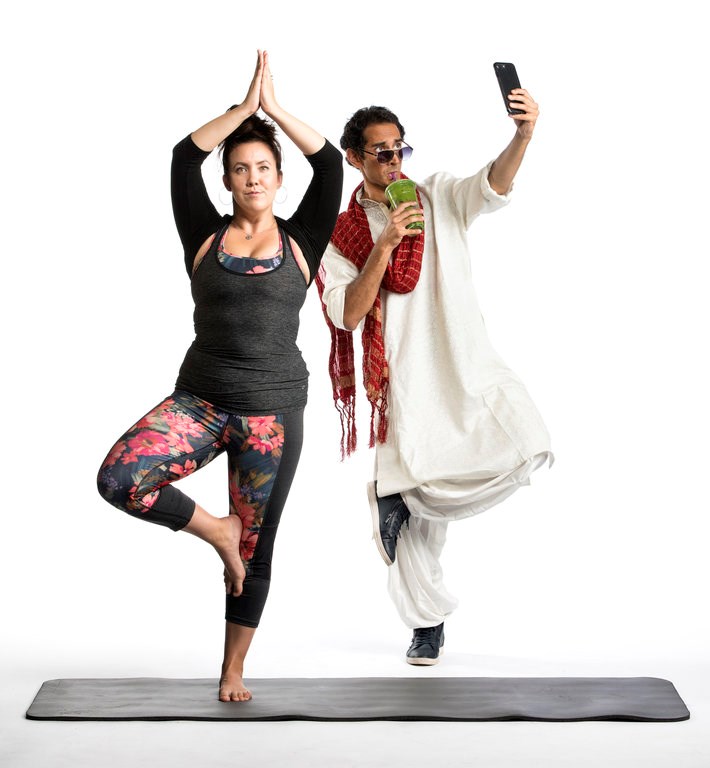 Comedy Yoga Play will run from Feb. 7 to 16 at Gateway Theatre. Photo submitted

Yoga is no stranger to Richmondites – people often carry yoga mats on the street, and new yoga studios are opening and offering deals.

Gateway Theatre’s new comedy, Yoga Play, looks at the paradox of how yoga, an ancient spiritual practice steeped in the Indian culture, has become a money-making tool in a commercialized society.

“Many of us in the developed world are afforded the luxury of devoting personal time and resources to rediscovering our authentic selves. This, of course, has led to a billion-dollar self-help industry, of which the practice of yoga plays a large role,” Jovanni Sy, director of the show, told the Richmond News.

“Therein lies the delicious paradox: if yoga is a means to reclaiming our true selves and mass commercialism is an impediment to doing the same, then how on earth did yoga become so commercial?”

Dipika Guha, a playwright who grew up in India, Russia, the UK, and the U.S., examines this question in a “refreshingly playful and subversive“ way in his new play, according to Sy.

The story features newly-hired Joan, who along with her colleagues is trying to save the company, a yoga apparel giant, after its CEO is brought down by a fat-shaming scandal. Risking everything on a wild plan, Joan makes a move that just might save the day or split her pants.

“It’s been a tremendous pleasure directing this gem of a play,” said Sy.

“And since we are more or less sitting on Lululemon ground zero, I can’t think of a more appropriate place to stage this timely satire.”

Yoga Play, running from Feb. 7 to 16 at Gateway Theatre, is its Canadian Premiere. For more information, check GatewayTheatre.com.