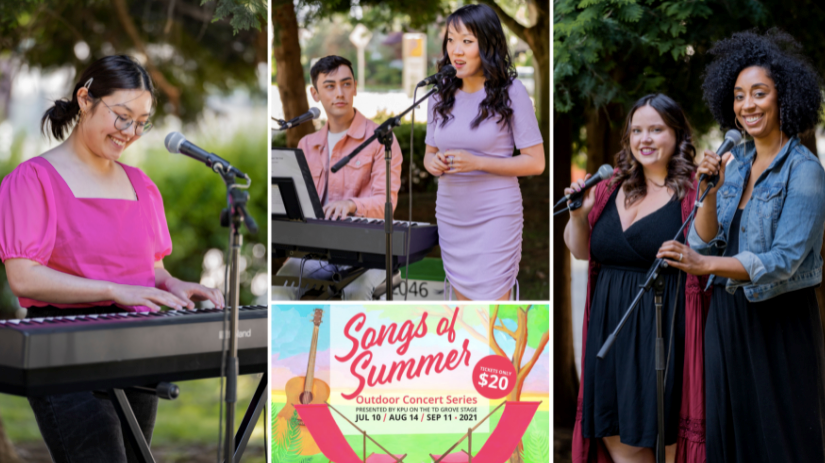 The theatre received approval from the City of Richmond on July 21 to increase the seating capacity for its next two concert performances.

Barbara Tomasic, artistic director at Gateway Theatre, said it is “ a pleasure” to see audience members enjoying live concerts at the Gateway Grove Stage – the outdoor grass area next to the theatre.

“It gives us hope for the future of live performing arts,” said Tomasic.

“After a successful first concert on July 10 with Amanda Sum, we are so excited to release additional tickets to our August and September concerts.”

Steffanie Davis and Krystle Dos Santos will end the series in September with an upbeat set of contemporary funk and soul performance.

Songs of Summer is Gateway’s first outdoor concert series and was announced in June.