Richmond lawyer speaks on his experiences as a former prison judge

Hilarious and sorrowful stories are shared in the book Serious Court: Confessions of a Prison Judge.
Jan 7, 2021 6:09 PM By: Valerie Leung 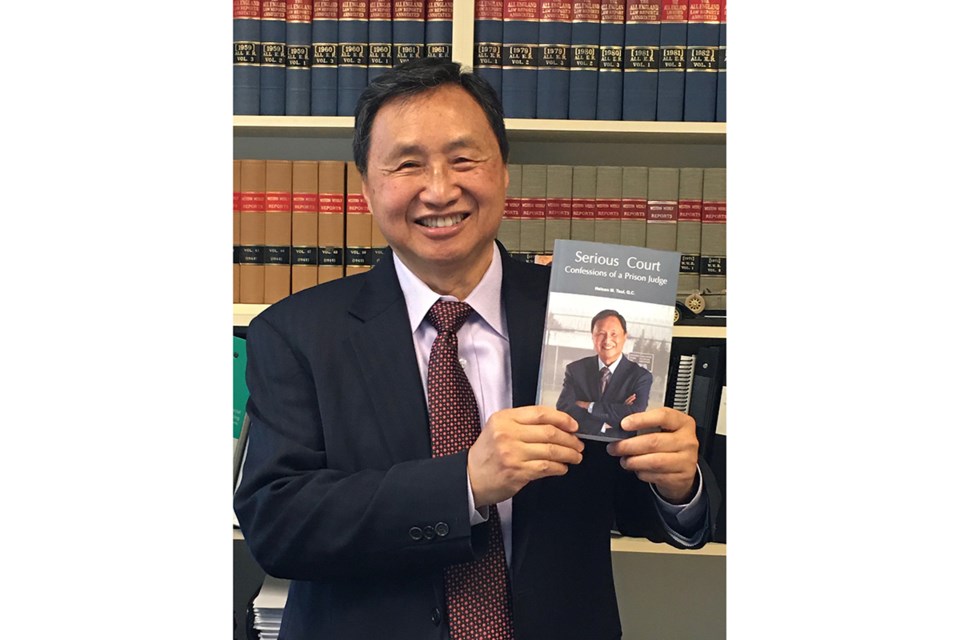 Richmond lawyer Nelson Tsui talks about stories from when he was a prison judge.Nelson Tsui

Instead of a just punishing those who have committed crimes, a Richmond lawyer wants society to remember inmates are human beings, too.

For 15 years, Nelson Tsui worked part-time at a federal correctional institution as a prison judge at one of B.C.’s Serious Courts – a court for serious offences inside prisons – and he thinks we should take the matter seriously, pun intended.

His book, titled Serious Court: Confessions of a Prison Judge, was published to give inmates a voice, particularly those being judged through Serious Court.

“We talk about locking up people, about punishing people and I think that we, as an establishment, need to look at it more seriously and deal with the matters at hand with more thought,” said Tsui.

“While disciplinary action inside is being considered, people need to always keep in mind that we need to be lawful because we are dealing with human beings.”

Each chapter and story, said Tsui, revolves around a particular theme about federal prisons in Canada.

“I wanted to tell a story about the disciplinary system in prison with some substance of legal matters and also a human touch,” said Tsui, adding that “many stories are hilarious, but at the same time they are very sad, too.”

Tsui told the Richmond News he resigned from his role after 15 years because he thought it was time to “give someone else a chance” at the job.

“I left because there was a bit of frustration at the end,” he said, adding that he loved the job but “it was in a way painful.”

Nelson Tsui has been a practicing lawyer since 1987 when he was called to the bar, and he credits his interest in law and eventual career choice to arguing and debating with his brothers and family growing up.

“Law is a very rewarding in many ways especially because I like to deal with social issues.”

His book will be available on Amazon next week, but in the meantime it can be bought from the Nelson Tsui Law Corporation.