The Richmond Gogos are taking part in a virtual concert on April 15 to raise funds for grandmothers in Africa dealing with HIV, AIDS and COVID-19.
Apr 8, 2021 1:08 PM By: Valerie Leung 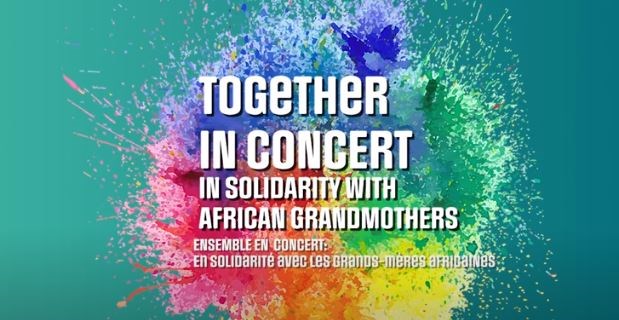 About 160 grandmother groups across Canada will be holding a virtual concert to benefit grandmothers in Africa.Richmond Gogos

The Richmond Gogos are taking part in a virtual concert on April 15 to raise funds for grandmothers in Africa dealing with HIV, AIDS and COVID-19.

The Canada-wide virtual concert titled “Together in Concert: In Solidarity with African Grandmothers” is hosted by 160 groups to raise funds for the Stephen Lewis Foundation’s Grandmothers to Grandmothers Campaign.

This year’s campaign, which has run for the past 15 years, will be a 90-minute concert with music, dance, storytelling and drumming from several Canadian artists and writers. There will be Canadian grandmothers who have visited sub-Saharan Africa sharing their experiences as well.

“We grandmothers walk in solidarity with African grandmothers who have far fewer resources than we do in raising the next generation, and the need is greater than ever,” the Richmond Gogos said in a media release.

“We are grateful for all who support our work, and we know they’re in for a fantastic treat with this event.”

Grandmothers across Canada have raised more than $36 million to support grandmothers and their community-based organizations in 15 sub-Saharan African countries since 2006 when the Grandmothers Campaign of the Stephen Lewis Foundation was launched.

While the concert is free, donations are encouraged and a charitable tax receipt is available.