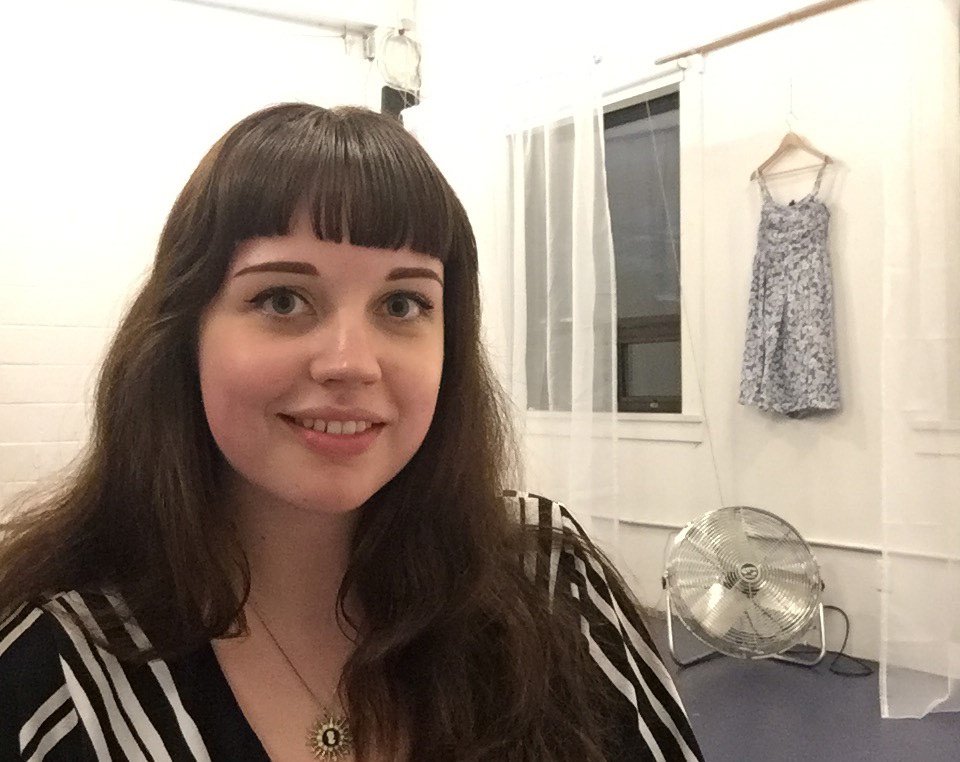 Alexa Fraser is producing a play that deals with mental health for the Fringe Festival.Photo submitted

Being diagnosed, hospitalized and treated for bipolar disorder will be the subject of a Fringe Festival play, produced by Richmond-based Theatrecorps, a company co-run by Gateway Academy alumna Alexa Fraser.

tadpole: the last episode, written and acted by Eddy van Wyk, is a personal account of the playwright’s experience with bipolar disorder and what it’s like to navigate the mental health system.

The subject matter in the play will challenge the audience to think about stigmas attached to mental health and what people dealing with bipolar disorder are going through, explained Fraser.

“They can expect a very honest conversation about mental health and wellness but with a wink and smile — with humour that keeps you on your toes,” Fraser said.

Fraser calls the play’s subject matter “compelling” and said there has been a lot of interest from the mental health community in the production.

Many of the scenes are experiences of someone having a bipolar “episode,” which are the unusually intense emotions experienced by people with this mental-health disorder, either extremely energetic moods (manic) or extremely low moods (depressive).

van Wyk, who hails from Namibia, is an SFU theatre graduate like Fraser, but she also has training in clowning, and has a “strong vocabulary of physical theatre,” Fraser explained.

As a contemporary theatre production, the story won’t necessarily follow a traditional narrative structure, Fraser said, and the actual physical space where the performance takes place will be integral to the play.

The play, produced at a new venue for the Vancouver Fringe Festival, What Lab, will integrate the space as part of the performance, something Fraser likes to do as a performer and director.

One of Fraser’s previous Richmond productions, Foot Faults in Foreplay, was performed at HelloSpace, an industrial warehouse close to Ikea that is used for various creative endeavours.

Fraser said she likes to produce performances in “creative and fringy” spaces not traditionally used for theatre for her productions, and she wishes there were more alternative venues in Richmond to put on shows.

Fraser, who grew up in Richmond, spent 10 years at the Gateway Theatre Academy between the ages of eight and 18, after which, she completed a degree in fine arts in theatre performance and direction at SFU.

She runs Theatrecorps with Matthew Winter, who is based in Surrey.

Their dream is to find a co-operative space to create contemporary theatre productions in either one of their hometowns.

Fraser continues to volunteer at the Gateway Academy and other events, like the Maritime Festival – she also teaches rhythmic gymnastics Special Olympics in Richmond.

Her next acting gig will be in New Societies, written by Brian Postalian, and performed at SFU from Sept. 11 to 14.

tadpole: the last episode will have seven performances between Sept. 6 and 15 at What Lab, 1814 Pandora St., Vancouver. Check VancouverFringe.com for tickets.