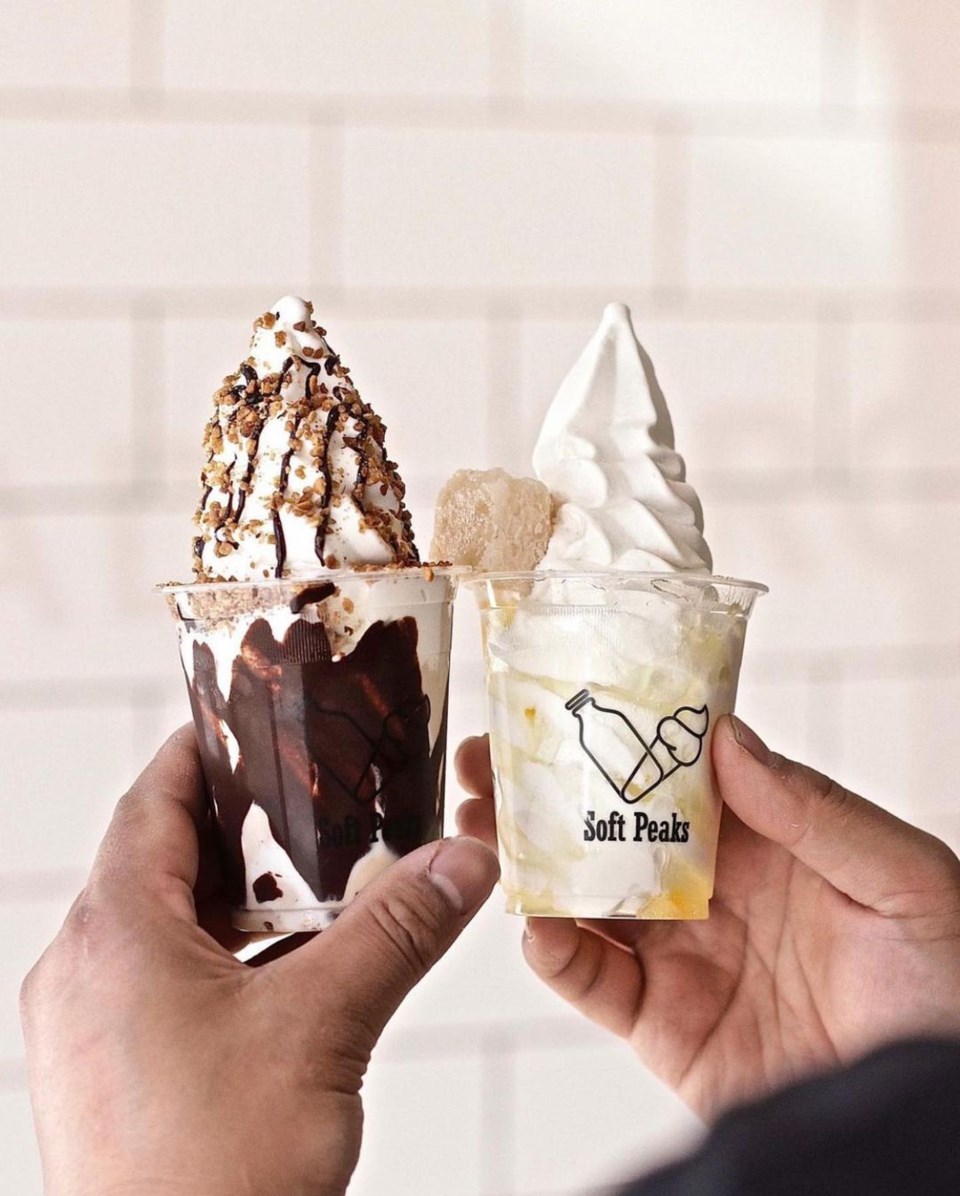 A popular Vancouver ice cream shop is opening its third outpost in Richmond.

Soft Peaks ice cream, known for its Avalon milk soft serve, is planning to open a spot inside Richmond’s McArthurGlen Designer Outlet’s food hall, according to its Instagram page.

"Grateful and excited about this next chapter -- which would not have been possible without all your continued love and support."

The shop’s ice cream is made with everything organic, including their milk, cream, milk powder and more and offers toppings such as organic honeycomb, compotes and purees.

Soft Peaks first opened in Gastown in 2014 and then expanded into Burnaby in 2019.

No exact opening date has been set.