One Richmond resident had an epiphany moment while ranting to a friend about his own negative view on the world – this a-ha moment eventually turned into the “Positivity Project.
May 14, 2020 11:31 AM By: Valerie Leung 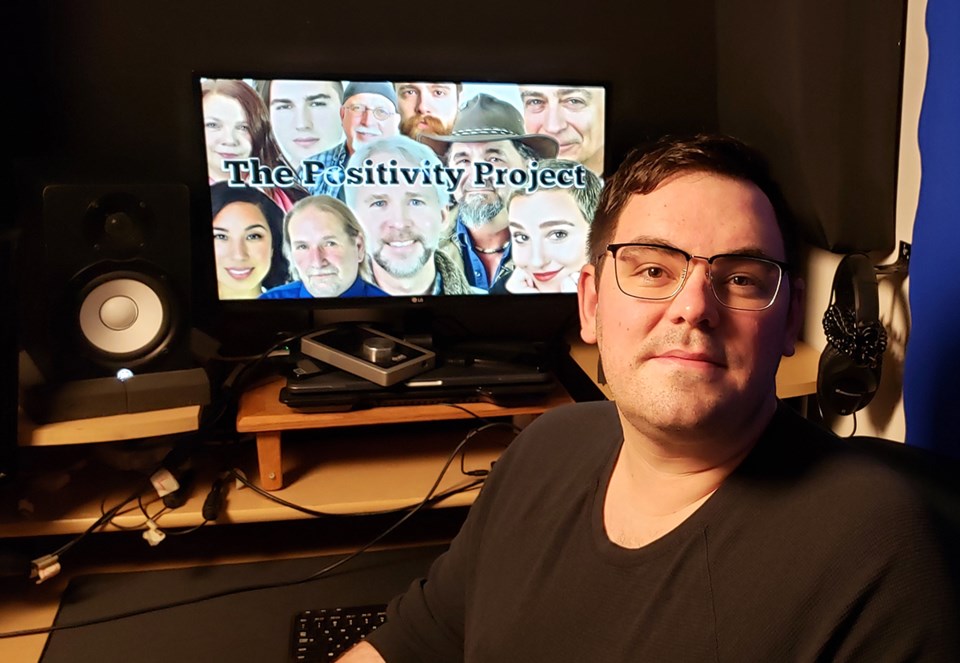 Rob Fillo hopes to bring more positivity and joy to the community through his project. Photo submitted

One Richmond resident had an epiphany moment while ranting to a friend about his own negative view on the world – this a-ha moment eventually turned into the “Positivity Project.”

Rob Fillo, former executive director of the Richmond Arts Coalition and current director of Counterspace Studio & Gallery, was venting his anger to his friend during a car ride back in 2018 about the “fear, hate, debauchery and disgust” in the world until he realized his friend had completely tuned him out.

“I had been pushing my negative view of the world on her and she was upset,” said Fillo, adding that he was regurgitating news from the media and making his friend more upset.

As they were driving past Lansdowne Canada Line Station, Fillo had his epiphany.

“Instead of perpetuating the negative energy, I now knew I had to use my energy to do something positive and helpful (and) the Positivity Project was set in stone that day.”

The Positivity Project is a series of more than 25 videos where volunteers and strangers from the Greater Vancouver area share their own personal positive messages.

He told the Richmond News the project took about two years of filming, not including the post-production work, which was a massive workload for a one-man project.

However, the powerful messages delivered by the volunteers were what kept him motivated to continue working on the project, he added.

“Some were funny, some were very heavy, but all were special snapshots of wonderful strangers that paint a much more loving and connected world than any other media sources I have found,” said Fillo.

It just so happens that the project completed production and was ready for release during the COVID-19 pandemic – a time when we are in desperate need of positivity.”

Fillo hopes his project can give a “gentle nudge” to others to make a positive impact for themselves and those around them.

“My greatest hope for the project is that it might inspire others to take on similar projects themselves, causing a ripple effect carrying with it a dream of a better world.”

New videos are released every Monday on Fillo’s YouTube channel and are expected to continue until the end of the year.

To view the project, visit robfillo.com