When he turned 80 years old, Ralph Steeves set the goal of living for another couple decades, and then some. It’s a goal that he’s well on his way to meeting.
Jul 18, 2020 9:34 AM By: Kirsten Clarke 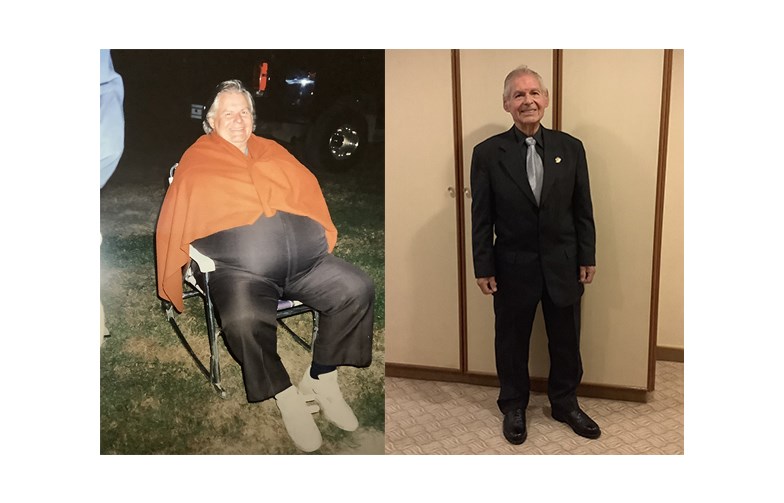 When he turned 80 years old, Ralph Steeves set the goal of living for another couple decades, and then some.

It’s a goal that he’s well on his way to meeting.

“I sort of looked at it and I said, ‘you know, you’re a fairly healthy guy, there’s no reason why you don’t live to well over one hundred,” said Steeves. “I set (that) goal…and I started really practicing to diet properly and eat properly.”

In addition to that, Steeves, now 85, was recently named the TOPS 2019 British Columbia King after losing 170 pounds since setting his goal five years ago.

TOPS royalty is announced in the first quarter of the year – COVID-19 delayed this year’s announcement slightly – based on data from the previous year.

The kings and queens are selected based on how much weight the person lost from the time they joined TOPS until reaching their goal weight – regardless of how long it took them to reach that goal.

And while Steeves said both he and his wife are happy with his weight loss, he’s modest about his new title.

“I mean, I did extremely well and that, but others have done far, far better. I’ve seen people that were over 500 pounds who went down to 136 pounds,” he said.

Steeves’ weight loss journey is a long one.

At the age of 38, he became a compulsive eater, and he went from weighing around 140 pounds to 340. Since then, he’s gone on multiple diets, sometimes losing more than 100 pounds, only to gain it all back.

“From the age of about 38, I’ve been dieting and I’ve been successful and very unsuccessful, especially if you fall off the diet and are a compulsive eater like I had become.”

By the time he joined his TOPS group in Richmond, after retirement, Steeves weighed more than 320 pounds.

He credits his TOPS group – as well as switching to a keto diet – for his success.

“It’s just tremendous encouragement,” he said. “The group itself is great because you feel good when you talk to somebody or listen to somebody’s problems and talk about it.

“This group, you feel like somebody cares about you, and we really do. So many of us have been through it before and know what it’s like.”

As the 2019 British Columbia King, Steeves has also been invited by TOPS – which has chapters across the U.S. and Canada – to participate in the non-profit organization’s International Recognition Days conference in Niagara Falls, New York. The conference has been rescheduled to July 2021 due to COVID-19.