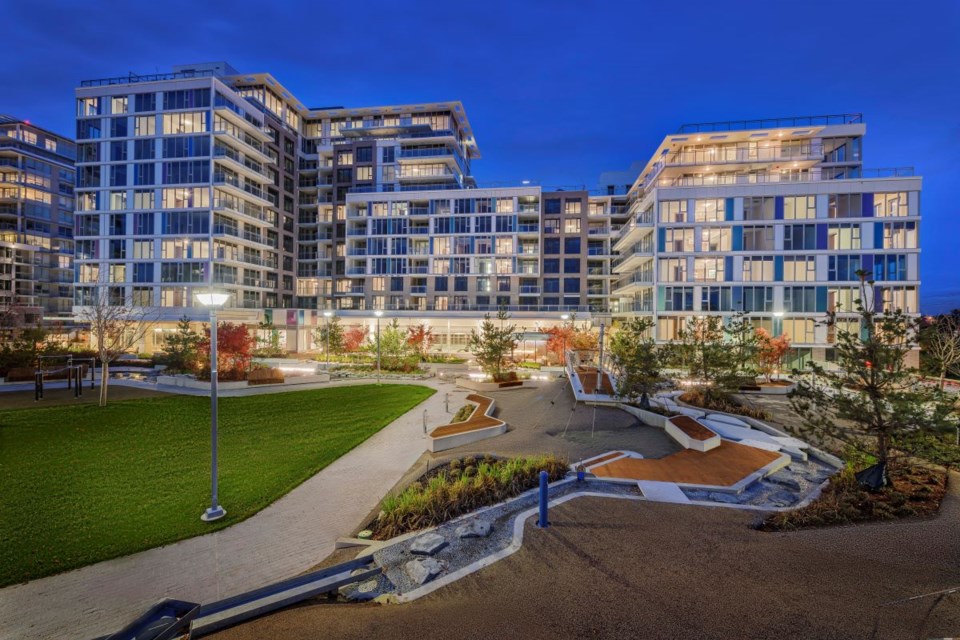 Richmond is about to get a new park — on top of a parking lot.

Ketcheson Park, which officially opens Saturday, is situated on top of the two-storey parking lot at the new Concord Gardens development at the corner of Ketcheson Road and Hazelbridge Way, and was created by Concord.

The park is open to the public and features gardens, reflecting pools and meandering streams, as well as a children’s playground. The park was designed by landscape architect Derek Lee of PWL Partnership.

Richmond bylaws mandate that all parking lots have to be built above ground due to the high water table. Entrance to the park is at grade level, said Peter Webb, senior vicepresident of development at Concord.

And when Concord built the development’s car park, they decided to add a 1.6 acre park on top of it.

"The bonus (of building the community development) was that we had all of this extra land in the middle, and we're known for building parks, so, 'Hey, let's build a park'." said Webb.

According to Webb, the park was paid for entirely by the developer, and strata fees from Concord Gardens' six towers, which will be completed later this fall, will pay for the park’s upkeep.

Concord has previously built several parks throughout Vancouver, including Andy Livingston Park, David Lam Park and Cooper's Park, said Webb, but these are run by Vancouver's parks board.

Mayor Malcolm Brodie will officially open Ketcheson Park on Saturday, Sept. 28 at 12:30 p.m., and will plant the last tree in the park. The opening event will also feature free food from Tacofino, Japadog and Cacao 70, free face painting and live art demonstrations and prize draws. The event runs from noon to 4:30 p.m. at 3233 Ketcheson Road.