Audrey De Boer will be performing her own 30-minute set for the first time on stage at the Steveston Salmon Festival.
Jun 29, 2019 2:00 PM By: Valerie Leung 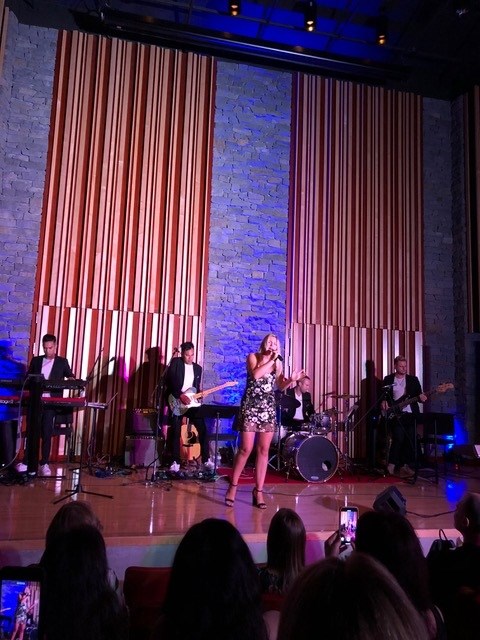 Audrey De Boer will be performing her own 30-minute set for the first time on stage at the Steveston Salmon Festival.

The 17-year-old musician, who uses her voice to reach her audience about issues, jump-started her journey into the music industry because of Type 1 diabetes.

Her music initially revolved around fundraising and raising awareness for this medical condition, but it has since evolved into something greater.

“[Music] originally started with me realizing that I had the power to use my voice as a way of raising money,” said De Boer. “Singing always came to the forefront. It was just a really fun way of doing things for [issues] that I care about.”

She has teamed up with others to raise money for causes like the Rick Hansen Foundation and the local food bank.

She has also performed at Canada Day ceremonies, election campaigns and hockey games.

De Boer has been attending the Salmon Festival as long as she can remember, participating in the parade and volunteering with her family.

Festival goers will be excited to hear that De Boer will debut her newest single, titled Nice Guy, along with two other original songs. She will also sing covers and upbeat songs that everyone can listen and dance to.

“I really hope that people find a connection to my personal music,” said De Boer.

Richmond’s most dangerous intersections for pedestrians
Mar 5, 2021 9:30 AM