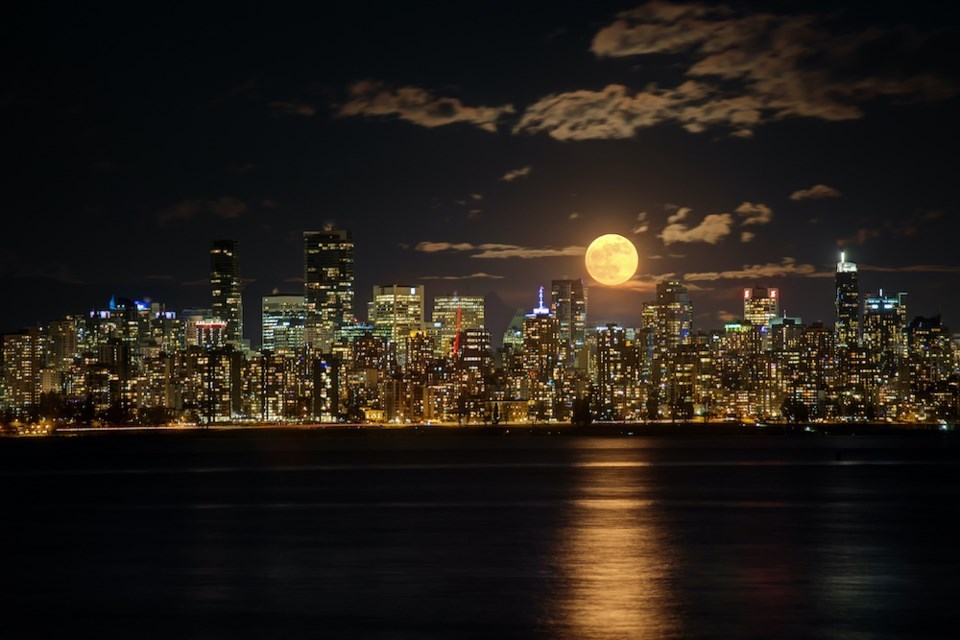 While it is getting darker earlier in Metro Vancouver, this month’s full beaver moon promises to illuminate the night sky.

The November full moon is thought to have derived its funny name because it occurred during the optimal time to trap the furry creatures. In fact, both colonial Americans, as well as the Algonquin tribes, referred to it as such.

“Why the 'Beaver' Moon? This is the time of year when beavers begin to take shelter in their lodges, having laid up sufficient stores of food for the long winter ahead,” reports Farmer’s Almanac.

"During the time of the fur trade in North America, it was also the season to trap beavers for their thick, winter-ready pelts."

While it is commonly known as the Beaver Moon, it was also called the Full Frost Moon by other North American Tribes.

According to the Old Farmer's Almanac, the moon will be fullest during the day on Monday, Nov. 30. However, Vancouver stargazers will be able to see the nearly-full moon in all her celestial glory the night before (Nov. 29); the moon will be at its fullest at 1:32 a.m. on Nov. 30 locally.

Stargazers should opt to travel as far away from city lights as possible in order to avoid light pollution that will obscure the clarity of heavenly bodies. While this works best in more remote places, anywhere that has a higher elevation will also provide more ideal viewing conditions.

Last month, astral observers were privy to two full moons, which made the second full moon a "blue moon."

Last year, September's full moon was a full harvest moon, which takes place in two years out of three. However, since October's first full moon fell closest to the fall equinox this year, it carried the harvest title.

October's second full moon took place on Halloween, which occurs roughly once every 19 years and is a pattern known as the Metonic Cycle. This cycle occurs when the moon returns to exactly the same place in the sky with the same phase, according to Astrocal.