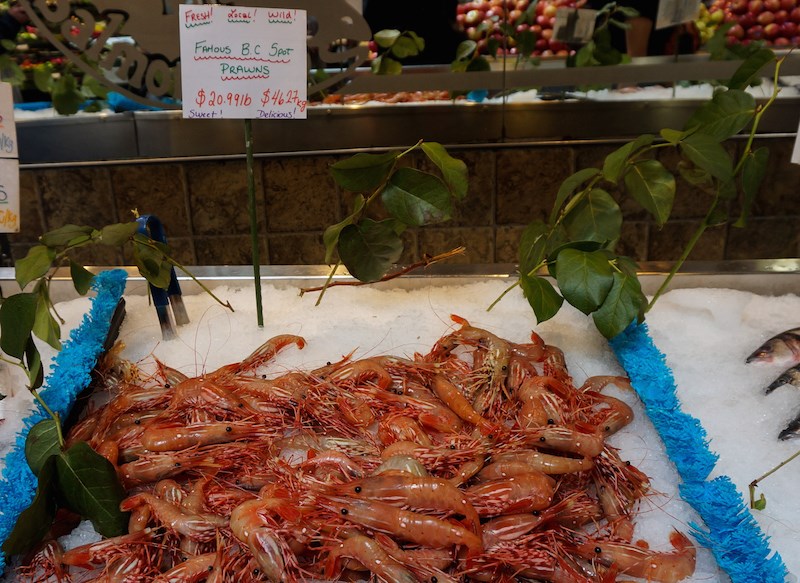 While consumers in B.C. often find live wild local spot prawns for sale, a common way to purchase them is in frozen tubs. Now a ruling by the Canadian Department of Fisheries and Oceans could render the sale of frozen B.C. spot prawns illegal.auroraisky/Getty Images

Fisheries, seafood distributors, chefs, and restaurant owners in British Columbia are frustrated that a core portion of their seasonal business could be wiped out following a ruling issued by the Canadian Department of Fisheries and Oceans (DFO).

One of the most-anticipated food events each spring is spot prawn season, when, for about four weeks, the plump, white-spotted prawns are harvested in the province and enjoyed locally and abroad.

While you can purchase live spot prawns by the pound from local fishmongers, direct from the boats at docks in Vancouver at Granville Island, Richmond in Steveston, Ladner in Delta or at grocery stores, one key part of the business is the frozen-at-sea spot prawns.

An interpretation of a new ruling by the DFO, however, would find the sale of any spot prawns frozen-at-sea illegal.

The ruling, as written, indicates the following:

"No person who catches and retains a fish under the authority of a license issued for the purpose of commercial fishing shall have the fish in possession if the fish is skinned, cut, packed or otherwise dealt with in such a manner that […] where size limits are applicable, the size of the fish cannot be readily determined."

That means tubs of frozen-at-sea spot prawn tails could be off the market.

Members of the industry are asking for public support in challenging the decision, supporting B.C. harvesters, and giving consumers the ability to continue the movement to access Canadian prawns and eat locally.

“Canadians want access to Canadian food. If there’s one thing the pandemic has taught us, it’s that our dependence on imported products presents a threat to our food security. Our federal and provincial governments have been working hard to help support small-scale food producers, especially during these uncertain times. Taking away harvesters’ ability to sell prawns to Canadian consumers undermines all the progress we’ve made toward robust, secure and healthy local food systems,” notes Sonia Strobel, CEO of Skipper Otto Community Supported Fishery who works with three BC harvesters to supply prawns for their members. 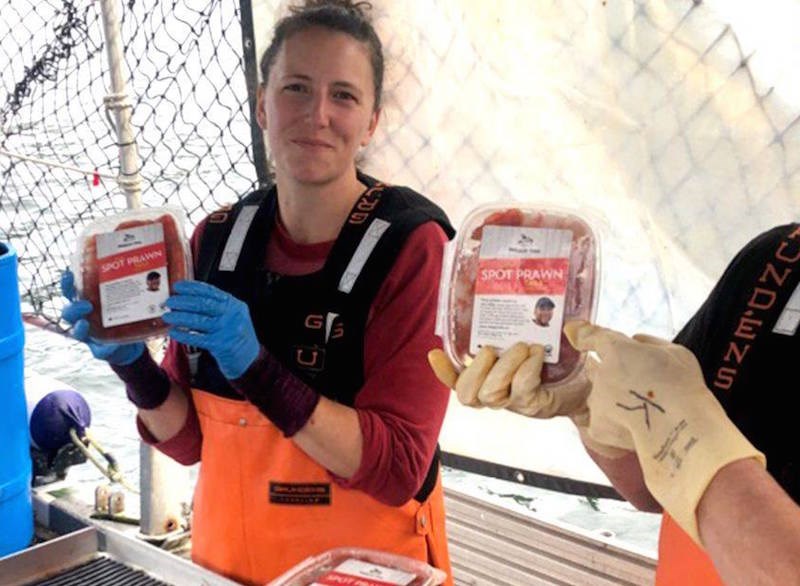 Skipper Otto has launched a campaign to encourage British Columbians to sign an online petition for the DFO to change the ruling, as well as to ask residents to send a letter to their MP.

Currently, the industry is awaiting any possible clarification about the ruling from the DFO, which could come in the next few days.

This is a potentially highly damaging prohibition, however, and B.C. fisheries are reeling from the issues they faced in 2020 when the lucrative overseas market for the delicacy dried up.

In B.C., about 2,450 metric tonnes of spot prawns are harvested annually, with about 65% coming from the waters between Vancouver Island and the mainland. The industry dates back over a century in the province.

Spot prawns are the largest of the seven commercial species of shrimp found on the west coast. Some larger females exceed 23 centimetres in length.

The commercial prawn fishery is limited entry, with a maximum of 246 prawn licences. Each licence is allowed to fish up to 300 traps, with the restriction of hauling each trap once per day.

The commercial prawn and shrimp by trap fishery is one of the most valuable in the Pacific region, accounting for a landed value of $35.3 million in 2013, according to the latest data from the Pacific Prawns Fisherman’s Association.

About 90 per cent of B.C.’s total catch is typically exported to Japan and China annually.

“The situation is extremely frustrating,” says James Lawson, harvester from Heiltsuk First Nation. "For us multi-species fishermen, spot prawn harvest is by far our most premium product accounting for half of my gross earnings last year. If the federal government prohibits me from freezing prawns, the reality is I will lose my business. It makes no sense.”

While consumers may be frustrated at the lack of availability of frozen-at-sea spot prawns at the retail level, chefs and restaurant owners are also worried how the ruling could affect their spring menu offerings.

“For the past two decades, chefs have passionately had the backs of harvesters and consumers to successfully build the domestic spot pawn industry and advocate for supporting our local food friends and partners,” remarks Ned Bell, chef/partner at the Naramata Inn and founder of Chefs for Oceans. “Pulling the rug out on harvesters will be leaving holes on the menus of restaurants throughout the country. For everyone’s sake - chefs, restaurants, consumers, harvesters, communities and our environment, we sincerely hope that this decision will be reconsidered.”

With files from Darron Kloster/Times Colonist