Transit, congestion top of mind for Richmondites in federal election 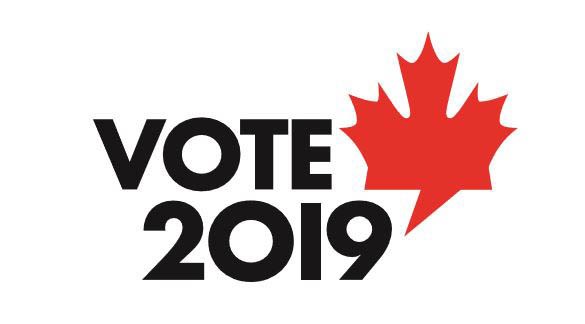 Congestion, unaffordable housing and foreign policy – these are some topics that are surfacing in Richmond as the federal election enters week two.

While announcement come fast and furious from the main parties – in the past few days alone the Conservatives promised a boost in education savings grants and the Liberals said they would increase child tax benefits – Greg Millard, Kwantlen Polytechnic political science instructor, called this a more “normal” election than the previous one in 2015 when voters were looking for a significant change and which Justin Trudeau then capitalized on.

The Liberals are asking for more time to continue what they’ve started and the Conservatives are saying, let’s return to tried-and-true conservative style, Millard said.

“So it’s a much more traditional election, lots of pocketbook issues, lots of negativity, and there probably isn’t the same potential for a kind of inspiring, generational change,” he added.

Even with the more volatile foreign policy issues, like trade with the USA under Donald Trump and heightened tensions with China, Millard said he’s “hard-pressed to think of a federal election that turned on foreign policy,” Millard said. “Usually elections are more inward-looking.”

How young people vote might be one X-factor in the election, Millard said. In 2015, they came out in significant numbers in support of Trudeau, but, after four years, he has baggage.

“Are millennials going to come out and vote in a mundane election that doesn’t seem so exciting and doesn’t represent generational change?” Millard said.

Millard is one of the moderators of the first all-candidates meeting to be held in Richmond, on Sept. 30, which will be hosted by the Richmond Chamber of Commerce.

Matt Pitcairn, CEO of the Richmond Chamber of Commerce, considers the movement of goods and people as one of the most pressing issues for the business community in this election cycle.

Pitcairn pointed out that estimates show 150,000 people are moving in and out of Richmond every day, adding significantly to congestion on the road.

As Richmond becomes more unaffordable, people who work here can’t afford to live here, he said. The chamber of commerce has advocated for more supply to alleviate the housing crunch, and the federal government could offer incentives to build purpose-built rentals, for example, waiving the GST on such projects, he said.

The chamber is hearing about developers putting housing projects on hold because of measures brought in by senior levels of government, for example, the stress test for mortgages and the speculation and vacancy tax.

The chamber is also concerned about the diking system in Richmond, and while Pittcairn praised the municipality for its work, there is a need for a large infusion of cash to build the dikes to level that will protect Lulu Island from flooding as the sea levels rise.

“We are only as strong as the weakest point,” he said.

An ongoing issue with all municipalities, however, is under-funding and their heavy reliance on property taxes and fluctuating transfers from the provincial government. Municipalities are always asking Ottawa for more funding, KPU’s Millard said, for example, the Federation of Canadian Municipalities recently asked Ottawa for a larger share of the gas tax.

“Considering how important cities are in delivering services, it’s been a long-standing concern that they’re not reliably and generously funded,” Millard said.

Of every tax dollar collected, municipalities get 10 cents, and they end up continuously lobbying higher levels of government to fund local projects.

“The election always offers a good focal point for drawing attention to your issues and of course parties are motivated during elections to make promises,” Millard said.

For Richmond Mayor Malcolm Brodie, some of the most important issues he’d like to hear about from candidates include transit and infrastructure spending, especially, for the diking system of the city, as well as childcare.

But the biggest issue that he is looking forward to hearing about is the environment and steps parties plan to take to address climate change, adding those are “huge issues” he thinks will be “front and centre” for all parties.

“Probably I’m listening for that as much, or more, than anything,” Brodie said.

Millard said the 2019 federal election is taking place in a very different context from 2015.

One of the big shifts was the election of Trump, but another one is the “China factor,” Millard said. In 2015, it seemed China was a rising economic and political power that Canada wanted to have a constructive engagement with – even Prime Minister Stephen Harper had gone from tough line to a more engaged attitude.

“But things have gone south very quickly on that file,” Millard said.

It seems the Liberals, with the appointment of a new ambassador, are going down a path of engagement, while the Conservatives have taken a tougher line, Millard said.

“I imagine in Richmond that will be particularly delicate for candidates going door-to-door,” Millard said.

The Hong Kong situation will also be hard to navigate for candidates, as Richmond’s population is probably not homogenous on the issue, and there is most likely division among the Chinese population, he added.

“That’s probably a particularly tricky terrain to navigate in Richmond because of the Chinese-Canadian community,” he said.

Pitcairn, with the chamber, thinks Canada needs a clear China policy and this should be a top priority for the next government.

For B.C. this is particularly important as the province does more trade with Asia than the rest of the country.

“If any jurisdiction is affected, it’s B.C.,” he said.

Richmond businesses are seeing the effect of heightened Canada-China tensions, for example, one Richmond meat-exporting company is reporting that their products are being scrutinized much more heavily, with added time and money to process them in China and a fear of spoilage as Chinese officials inspect their products.

There is more tension felt by chamber members as they do business with companies in various cities in China, Pitcairn said.

There’s a lot of hesitation to make trips (to China) whereas last year you wouldn’t think twice, you’d jump on a plane and do your business – now are people are waiting and would rather not take the risk of going overseas,” Pitcairn added.

Fan Chun, chair of the chamber board of directors, said he is planning a trip to Hong Kong in the near future.

“As a business man, I would want to have the assurance as a Canadian citizen, I’m protected when I’m overseas, I’m being supported,” Chun said.

For the City of Richmond, cultural harmony and diversity are important issues, and the mayor finds the approach of Maxime Bernier, the leader of the People’s Party of Canada, to be “insular.”

“I find myself very much at odds with his thoughts about immigration and diversity,” Brodie said.