Election: Calls increase for return of the long-form census 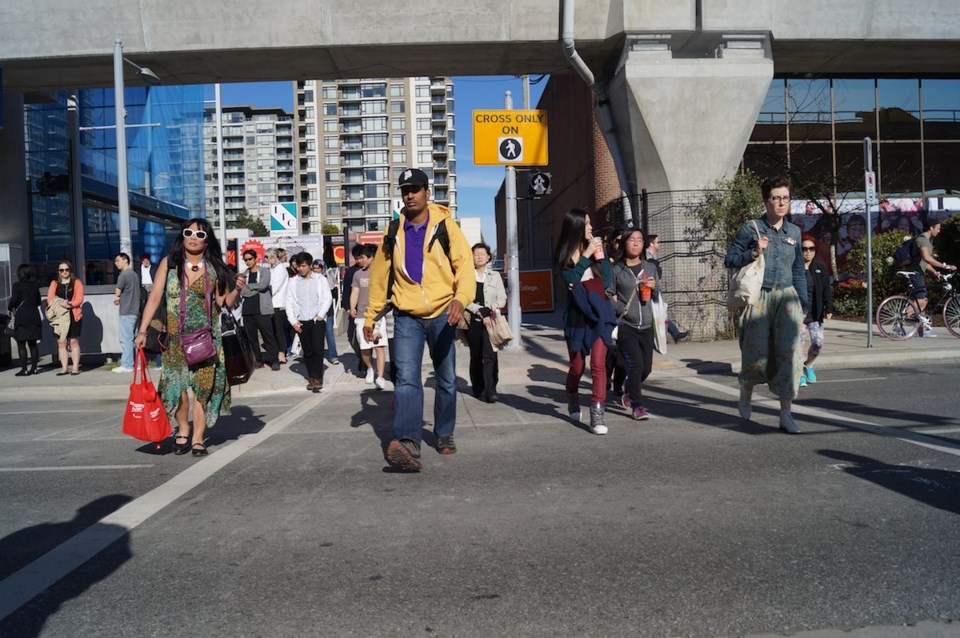 Pedestrians at the Brighouse Canada Line station. Richmond’s changing demographics and population growth mean data collection, that would ordinarily be contained in the long-form census, is more important than ever for City of Richmond planners. File photo

In 2010 the mandatory long-form census was scrapped by the ruling Conservative Party. The decision was not well received by an abundance of business-related organizations, economists and academics.

The Conservatives cited privacy concerns and personal liberty to scrap the census for the voluntary National Household Survey (NHS.) Meanwhile, the Greens, Liberals and New Democrats have all called for its return.

In Richmond, a city coping with immense demographic changes such as aging, immigration and wealth migration, accurate data provides for a more balanced community and local economy, according to University of B.C. urban geographer Dr. David Ley.

“And I don’t want to understate its importance to business,” he added.

The problem with the voluntary NHS, said Ley, is that its response rate was only 68 per cent and non-responders tended to be either low-income or high-income residents.

“If there was a random non-response, then the data would be okay,” said Ley.

The last time there was a mandatory long-form census was in 2006.

The Conservatives claim the mandatory census infringed on privacy and it was not fair to be jailed for not filling it out.

At the time of the decision, the Prime Minister’s Office stated, “The government made this decision because we do not believe Canadians should be forced, under threat of fines, jail, or both, to disclose extensive private and personal information.”

However, as Ley said, “analysis (from the Privacy Commissioner) showed there had been a miniscule amount of complaints to justify the cancellation. It really is a mystery because it’s hard to see it as a vote winner; so many people got so annoyed by it and continue to be inconvenienced by it.”

Notably once the census was submitted it could not be traced individually. Furthermore, no one had ever been jailed over the census.

On the business side, the Canadian Chamber of Commerce is among a litany of non-government organizations and economists that want the long-form census returned.

Ley noted businesses use demographic and income data to determine where to open a bank, a restaurant or a factory, for instance.

Ley said many city planning departments regard the 2011 NHS as misleading, largely due to potential inaccuracies on a neighbourhood level.

For instance, if there is a baby boom, school districts will need to know where to plan infrastructure. Or, if elderly people migrate to a particular area, there will be healthcare considerations (doctor’s offices, community amenities, transit considerations etc.).

Terry Crowe, the City of Richmond’s manager of planning policy, concurred data from the NHS is less reliable.

He said overall data for the city is not so much of a problem as compared to the detailed area data coming from the NHS.

“With the NHS, it’s a totally different methodology. You’re starting from scratch so it’s difficult to get a sense of the trends,” said Foster.

“Definitely some of the variables for immigration and language are important for Richmond,” he added.