Thousands of Hong Kongers locked down to contain coronavirus

HONG KONG — Thousands of Hong Kong residents were locked down in their homes Saturday in an unprecedented move to contain a worsening coronavirus outbreak in the city.
Jan 23, 2021 2:17 AM By: Canadian Press 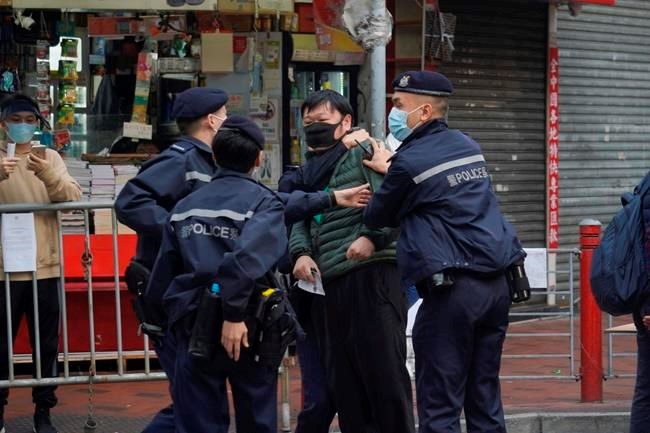 HONG KONG — Thousands of Hong Kong residents were locked down in their homes Saturday in an unprecedented move to contain a worsening coronavirus outbreak in the city.

Authorities said in a statement that an area comprising 16 buildings in the city's Yau Tsim Mong district would be locked down until all residents were tested. Residents would not be allowed to leave their homes until they received their test results to prevent cross-infection.

“Persons subject to compulsory testing are required to stay in their premises until all such persons identified in the area have undergone testing and the test results are mostly ascertained,” the government statement said.

The restrictions, which were announced at 4 a.m. in Hong Kong, were expected to end within 48 hours, the government said.

Hong Kong has been grappling to contain a fresh wave of the coronavirus since November. Over 4,300 cases have been recorded in the last two months, making up nearly 40% of the city’s total.

Coronavirus cases in Yau Tsim Mong district represent about half of infections in the past week.

Approximately 3,000 people in Yau Tsim Mong had taken tests for coronavirus thus far, according to the Hong Kong government, joining the thousands of others around the crowded city of 7.5 million who have been tested in recent days.

Police guarded access points to the working-class of old buildings and subdivided flats and arrested a 47-year-old man after he allegedly attacked an officer. The man had reportedly been told he would have to be tested after coming into the restricted area and would not be allowed to leave until he could show a negative test result.

Sewage testing in the area picked up more concentrated traces of the virus, prompting concerns that poorly built plumbing systems and a lack of ventilation in subdivided units may present a possible path for the virus to spread.

Hong Kong has previously avoided lockdowns in the city during the pandemic, with leader Carrie Lam stating in July last year that authorities will avoid taking such “extreme measures” unless it had no other choice.

The government appealed to employers to exercise discretion and avoid docking the salary of employees who have been affected by the new restrictions and may not be able to go to work.

Hong Kong has seen a total of 9,929 infections in the city, with 168 deaths recorded as of Friday.