NEW YORK — The author of a highly anticipated debut story collection has died. Anthony Veasna So was 28. His death was announced Thursday by his publisher, Ecco, which did not immediately provide additional details.
Dec 11, 2020 5:53 AM By: Canadian Press 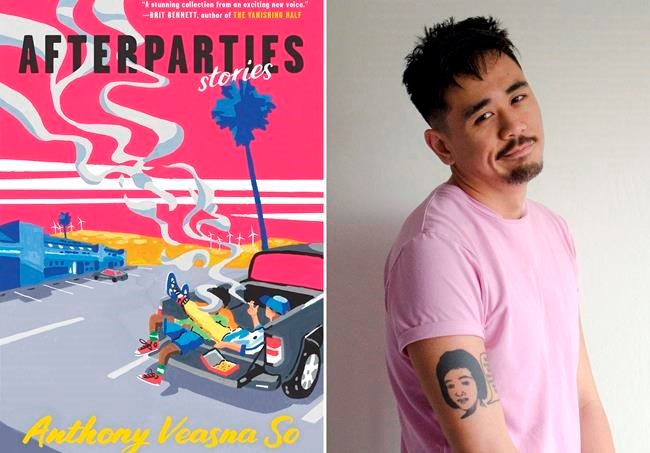 NEW YORK — The author of a highly anticipated debut story collection has died. Anthony Veasna So was 28. His death was announced Thursday by his publisher, Ecco, which did not immediately provide additional details.

A native of Stockton, California, who had settled in San Francisco, So once described himself as a “queer boy, a Khmer-American son of former refugees, a failed computer scientist, a grotesque parody of the model minority, and a graduate of Stanford University.” In “Afterparties," to be published in August, he drew upon the tragedies his family endured in Cambodia during the rule of the Khmer Rouge and his own struggles with sexual and cultural identity.

“'Afterparties' was one of the first books I acquired for Ecco, and everything about Anthony’s exuberant writing felt new to me — its blazing wit, crackling energy, deep empathy,” So's editor, Helen Atsma, tweeted Thursday.

Publishers Weekly reported earlier this year that So had agreed to a two-book, six-figure deal with Ecco, which prevailed over several other interested publishers. George Saunders, Bryan Washington and Mary Karr are among those who have praised him.

“The mind-frying hilarity of Anthony Veasna So’s first book of fiction settles him as the genius of social satire our age needs now more than ever," Karr wrote in a blurb for the book. “Few writers can handle firm plot action and wrenching pathos in such elegant prose. This unforgettable new voice is at once poetic and laugh-out-loud funny.”

The story “Three Women of Chuck's Donuts,” which ran in The New Yorker in February, is set during a late summer night in a family-run business where the has been devastated by the financial crisis of 2008-2009. The store is not named for an actual person; the owner, a Cambodian immigrant named Sothy, thought an American name would bring in more customers. Sothy works alongside her two daughters, all of them coping with the lack of business and the knowledge that Sothy's former husband now has a second family.

“Even with the recession wiping out almost every downtown business, and driving away their nighttime customers, save for the odd worn-out worker from the nearby hospital, consider these summer nights, endless under the fluorescent lights, the family’s last pillars of support,” So wrote. “Imagine Chuck’s Donuts a mausoleum to their glorious past.”

So is survived by his partner, Alex Torres; his parents, Sienghay So and Ravy So; his sister and brother-in-law, Samantha Lamb and Zachary Lamb, and his nephew, Oliver Lamb. According to Ecco, he had been working on a novel, “about three Khmer-American cousins — a pansexual rapper, a comedian philosopher, and a hot-headed illustrator.”