Patty Jenkins wasn’t even finished making “ Wonder Woman ” when she started dreaming up a sequel for her and star Gal Gadot.
Dec 15, 2020 9:54 AM By: Canadian Press 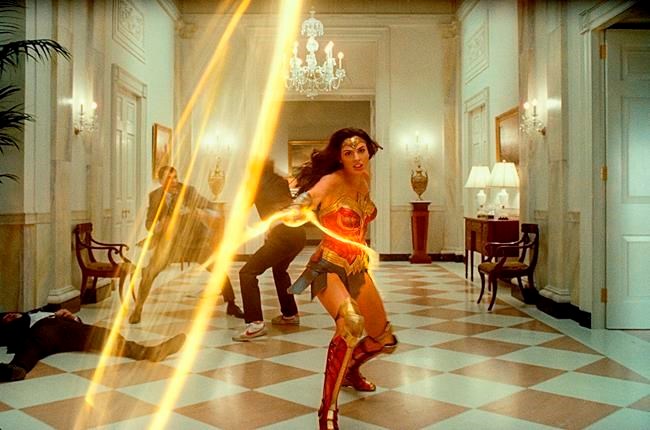 Patty Jenkins wasn’t even finished making “ Wonder Woman ” when she started dreaming up a sequel for her and star Gal Gadot. The first film had the weight of both female-fronted superhero films and female-directed blockbusters on its shoulders and had yet to prove the skeptics wrong. But Jenkins had a hunch it was going to be a success.

Besides, she thought, she hadn’t technically gotten to make a “Wonder Woman” film yet.

“That first film was a birth of a hero,” Jenkins said. “Now I wanted to do something with that hero.”

There was never a specific threshold that the first had to meet, but producer Charles Roven said a follow-up was “undeniable.” “Wonder Woman” was not only a critical and box office success, making $821 million globally, but it also hit a cultural nerve. It became the event film that everyone had dreamed and Jenkins knew that it was time to ask for what she wanted and deserved.

On the sequel's long journey to audiences, Jenkins would secure an historic and equitable raise for herself, figure out a way to resurrect Chris Pine’s character from the dead and agree to a release plan that even a few months ago would have been unthinkable: Putting the $200 million film in and on HBO Max, for free, on Christmas Day.

“Wonder Woman 1984,” a poppy, maximalist fast-forward in Diana Prince’s journey set in an age of excess, ups the ante with action, practical effects and globe-trotting that even James Bond would find grueling. Over the course of the eight-month shoot, the stunt and effects teams — and often Gadot — were put to the test executing wildly ambitious sequences including an Amazonian games with 242 stunt women, a difficult mid-air rescue requiring complex wire rig work in a real mall’s atrium and a 360-degree aerial truck flip that had never been done before.

“I don’t believe that sequels always have to be bigger. And I think you can get in a lot of trouble doing that,” Jenkins said. “But in this case, I was actually aiming for a very specific thing, which is the type of ’80s movies that I saw that were colossal extravaganzas for the whole family and joyful on every level.”

The film, which plops audiences into the neon-hued 1980s, introduces two villains from the comics in the insecure scientist Barbara Minerva turned rival, Cheetah, played by Kristen Wiig, and the ambitious businessman Maxwell Lord, played by “The Mandalorian’s” Pedro Pascal. Both put a changed Diana to the test.

“We find a very different Diana than the wide-eyed one that we established in the first one,” Gadot said. “She’s very lonely.”

But she gets a glimpse of happiness when Pine’s Steve Trevor reappears in her life nearly 70 years after his death.

“In many ways my job is to fall in love with Gal and be her staunchest supporter and ally,” Pine said. “The big disparity between the two is in the first I’m this kind of jaded realist and the second I’m now essentially a... light and bright sidekick.”

Although, he said, playing a man from 1918 suddenly grappling with 1980s technologies proved “deceptively difficult.”

The marathon shoot, and reshoots, were taxing. Jenkins said she’s been told that “Wonder Woman 1984” is the hardest film many of the crew had ever done. But no one could have planned for just how complicated it would be to simply get the film to audiences.

In one timeline, “Wonder Woman 1984” might have been one of the year’s most profitable films and the crown jewel in a banner year for female-directed blockbusters. The pandemic upended all of that, however, and suddenly Jenkins, Roven, Gadot and everyone at Warner Bros. found themselves chasing an ideal theatrical release date that would never come, at least not in 2020.

As the Christmas date neared and coronavirus cases continued spiking in the U.S., they agreed on a compromise to release the film in where they are open and free for subscribers on its parent company’s new streaming app HBO Max. The film will also launch in internationally, where more are open, beginning Wednesday.

The “Wonder Woman 1984” agreement, which The New York Times reported included extra millions for both Gadot and Jenkins to make up for lost back-end profits, was made before Warner Media announced that all its 2021 films would follow suit, blindsiding its other filmmakers and partners. The controversial strategy has been criticized by both top filmmakers like Christopher Nolan and Denis Villeneuve as well as movie owners. Both Jenkins and Roven, whose “The Suicide Squad” is one of those films, said that the filmmakers should have been consulted.

But Jenkins is also just excited for audiences to finally see the film and hopes that it might bring a little joy at the end of a trying and devastating year. That it’ll be on Christmas Day, too, is icing for the self-proclaimed Christmas person.

“Honestly, it brings tears to my eyes the idea that I got to make a film that you would watch for Christmas,” she said. “I just think it’s so special.”

DaBaby booted from Lollapalooza after homophobic comments
Aug 1, 2021 11:40 AM