LE PECQ, France — A former model who testified to French police that she was drugged and raped as a teenager by an associate of disgraced late financier Jeffrey Epstein said she wept “tears of joy” Thursday after the modeling agent was taken into cus
Dec 17, 2020 12:14 PM By: Canadian Press 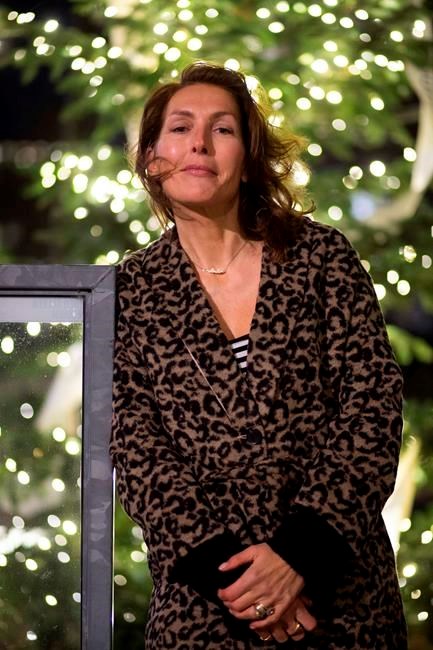 LE PECQ, France — A former model who testified to French police that she was drugged and raped as a teenager by an associate of disgraced late financier Jeffrey Epstein said she wept “tears of joy” Thursday after the modeling agent was taken into custody at Paris' main airport for an array of suspected sex crimes.

The French agent, Jean-Luc Brunel, was detained Wednesday at Charles de Gaulle airport and was being held in police custody for questioning, the Paris prosecutors' office said. Prosecutors didn’t specify whether Brunel was arriving or departing when he was picked up. French media said he was preparing to fly to Senegal.

At this point, Brunel has not been formally charged.

His lawyer in Paris wasn’t immediately available to comment on his arrest. But she has previously said that Brunel “firmly contests” accusations against him and that he was available to talk to investigators.

Dutch former model Thysia Huisman is among women who have accused Brunel of rape and sexual assault, as part of what has become a broad French probe into alleged sexual exploitation of women and girls by Epstein and his circle.

Contacted for comment by The Associated Press, Huisman described Brunel's arrest as “such great news. Best Christmas present ever.”

She broke down in tears when the prosecutors' list of suspected sex crimes for which Brunel was detained was read to her over the telephone. The list includes multiple possible charges of rape and sexual assault, including of minors aged 15 and older, and the suspected trafficking of minors for sexual exploitation.

“It sounds like he is not getting out,” Huisman said. “That's great. Absolutely. Tears of joy.”

Huisman is among at least a dozen people known to have given evidence for the French probe. She says she was drugged and raped in 1991 at age 18 by Brunel. She believes that her accusations now fall outside of French legal time-limits for prosecutions, meaning Brunel wouldn't have to answer them. But she says she went public with them partly in hope that doing so might encourage other alleged victims to come forward.

Courtney Powell Soerensen, a former model who alleges that Brunel sought to pressure her into sex and assaulted her in 1988, when she was a 19-year-old starting a career in Paris, also welcomed his detention, calling it “wonderful news.” She lives in Livermore, California, and has not testified for the French probe. Speaking to AP by phone, she said: “My heart is rejoicing.”

Multiple women have identified themselves as victims and spoken to police since the French probe was opened in August last year. Prosecutors have previously said that police have questioned at least eight alleged victims of rape and other abuse, and four other people who say they were witnesses.

After women voiced frustration at the apparent glacial progress of the French probe, police last November ratcheted up the search for evidence, with an appeal also translated into English for victims and witnesses to come forward.

Brunel was considered central to the French investigation because he was a frequent companion of Epstein, who often to France and had an apartment in Paris.

Epstein killed himself Aug. 10, 2019, in a Manhattan jail while awaiting trial on sex-trafficking charges.

One of Epstein’s accusers, Virginia Roberts Giuffre, has alleged that Brunel procured women, some of them minors, for sex with Epstein and other people, luring them with promises of modeling work.