TORONTO — Canadian actor Ben Lewis admits he wasn't that familiar with the holiday TV-movie genre before signing on to "The Christmas Setup.
Dec 15, 2020 8:56 AM By: Canadian Press 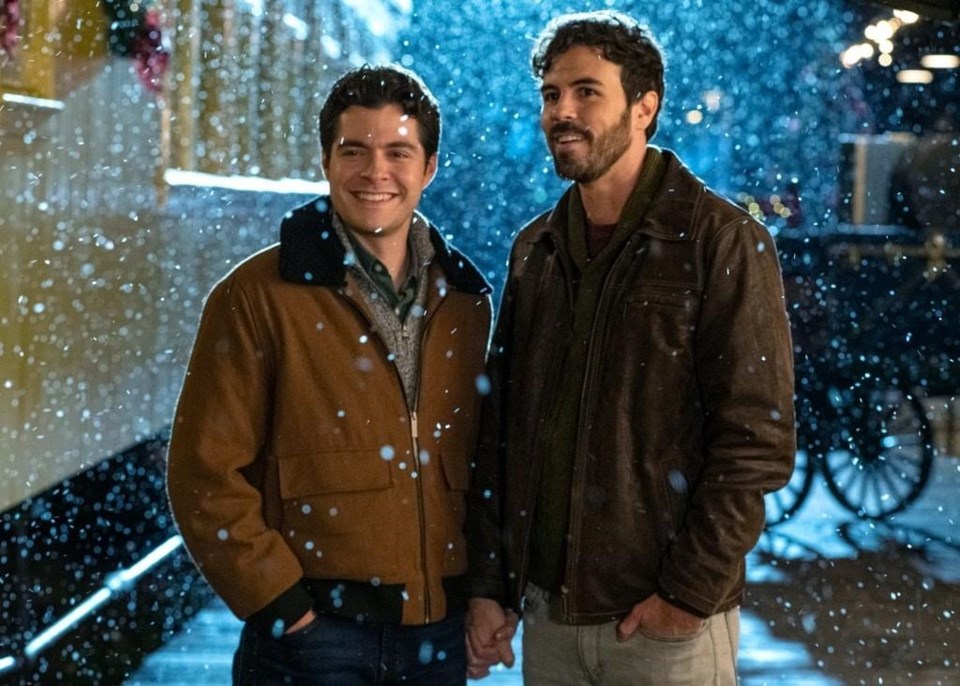 TORONTO — Canadian actor Ben Lewis admits he wasn't that familiar with the holiday TV-movie genre before signing on to "The Christmas Setup."

In fact, he and his co-star — and husband in real life, Blake Lee — had never even seen a holiday Hallmark Channel or Lifetime movie all the way through.

As such, they didn't realize the cultural significance of "The Christmas Setup," Lifetime’s first-ever LGBTQ holiday film, until reaction poured in from the cast announcement.

"So many people came out of the woodwork — friends, peers of ours, a lot of queer people — saying how they had grown up watching these movies and loving these movies, and how much the representation meant to them," Lewis said in a recent interview.

"So seeing it through their eyes, it began to sink in. Then I think doing the rounds of press for the movie now and having the discussion has really made us, in retrospect, feel even more grateful to have been given the opportunity."

Debuting Friday on CTV Drama Channel, the Ottawa-shot film stars Lewis as a New York lawyer who returns home to Milwaukee with his best friend, played by Ellen Wong.

Fran Drescher plays his mother, while Lee plays his high-school crush he starts to fall for — just as his work gives him a promotion that requires him to move to London.

Lewis said he and Lee, an American actor with credits including "Parks and Recreation," were asked to star in the film "out of the blue" in August when they were in Los Angeles.

Lewis admired director Pat Mills' work, which includes the 2017 film "Don't Talk to Irene," and felt he would be "great at balancing the heart and the humour, without it ever becoming too cloying or saccharine."

"Our (executive producer), Danielle von Zerneck, described herself as the 'Lifetime police.' So we would just go with our own instincts and our own impulses, and we were really encouraged to trust and follow those," said Lewis, who studied at Montreal's National Theatre School of Canada and has starred in series including "Arrow" and "Degrassi: The Next Generation."

"But if it was ever tonally going off the rails, she would be the one who would pull it back and make sure that it was still appropriate for the genre and for the audience. So I think what we ended up with is a really great blend of these esthetics."

Of course, this being a TV holiday movie, there are some over-the-top elements in the love story written by Michael J. Murray.

"Let's be honest, these movies are not known for their realism," Lewis said with a laugh. "But I do think that Lifetime was committed to trying to make it as authentically as possible, which is a credit to them — from hiring a real couple, two openly gay actors to play the lead roles, which historically we've not always been afforded the opportunity to do.

"And it's written by a gay man, it's directed by a gay man, one of the executive producers is a gay man. So I think that within the genre, within the world of these movies, I think it's as authentic as you could hope for — while still not losing that idyllic, escapist quality that makes these movies so popular, so beloved."

Shooting took place under COVID-19 health and safety guidelines in September in Ottawa.

Lewis and Lee, who have been together for 10 years and married for five, weren't the only long-standing relationship on set.

Lewis said he's been friends with Wong since they starred together in the 2010 Toronto-shot film "Scott Pilgrim vs. the World." And he's known Chad Connell, who plays his brother in the film, for even longer.

Lewis and Lee had acted opposite each other in audition tapes in the past. But they'd never starred in a project together and were a bit nervous going into filming.

"Every time we do a self-tape together, we're like, 'We're going to get a divorce,'" Lewis said with a laugh. "So this was pretty unpredictable. We didn't know what it was going to be like. But luckily it was really just so purely joyful."

So joyful, in fact, that Lewis is game for a sequel, should one be made.

And he's working on an outline for his own gay Christmas movie that he wants to write.

This report by The Canadian Press was first published Dec. 15, 2020.