Language and brain development: bilingualism is a good thing

One of the common myths that educators in the Conseil scolaire francophone (Francophone school district 93) hear is that learning two languages at once can hinder a child's development. 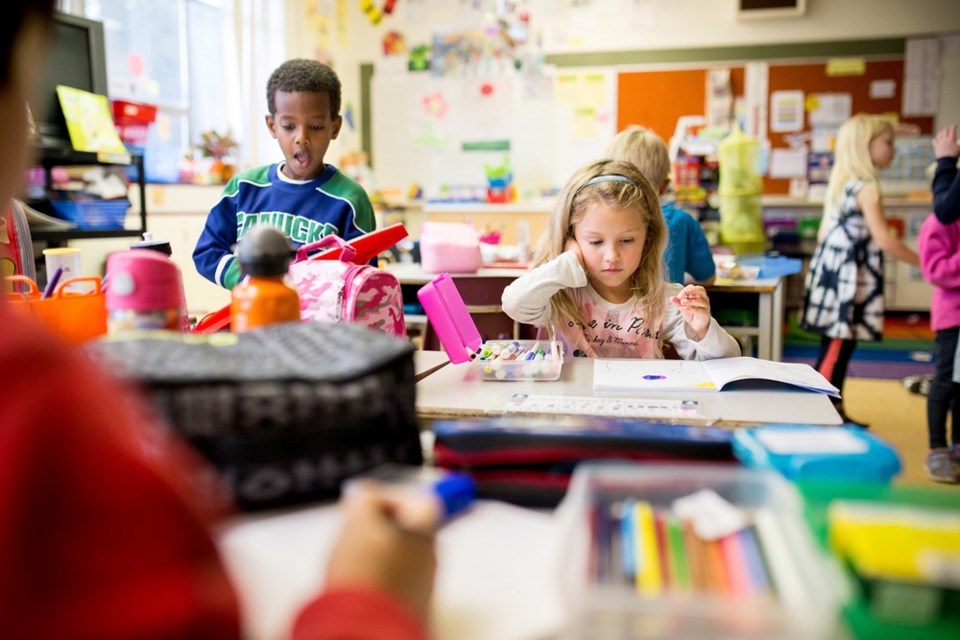 One of the common myths that educators in the Conseil scolaire francophone (Francophone school district 93) hear is that learning two languages at once can hinder a child's development.

This was the thinking back in the 1960s when several flawed studies seemed to indicate that bilingualism could be a handicap to a child. The thought at the time was that learning two languages simultaneously meant that the child was spending too much time and energy distinguishing between them both.

The popular logic now is that the effort required to switch between two languages may actually trigger more activity in the part of the brain that is responsible for executive function– specifically problem solving, switching between tasks, and the ability to focus while filtering out irrelevant information.

The use of language requires using both hemispheres of the brain – the left side, which is analytical and logical, and the right side, which is more active in emotional and social responses.

Children learn a second language quicker and easier than adults because the plasticity of their brains lets them use both the left and right hemispheres. In adults, language is lateralized to one hemisphere, usually the left.

In addition, bilingualism expert François Grosjean notes that the myth that the language spoken at home has a negative effect on the language learned at school is also incorrect. In fact, says Grosjean, the home language can be used as a linguistic base for learning aspects of a second language.

In other words, an education in French might actually help your child understand the grammar and structure of the English language better.

"Kids who learn a second language have an advantage over native speakers," says Réjean Gosselin, Principal of l'école des Naviagateurs, a CSF elementary school in Richmond. "They learn the structure and the grammar of a language. They don't guess where the verb or the adjective goes in a sentence. In our native language, sometimes we get lazy. So kids speaking French who learn English don't guess. They have learned the rules and they know how to apply them. It's the same for English kids who learn French."

For more information on CSF and its educational programs for francophone children, checkout the website for your closest school, or phone 604.214.2600. CSF can also be found on Facebook and Twitter.