Get the inside story on your favourite ice cream

When Lynn Hallgren first started working as a customer service associate at Dairy Queen in Richmond in 1979, she never would have expected that she would still be with the company in 2018. 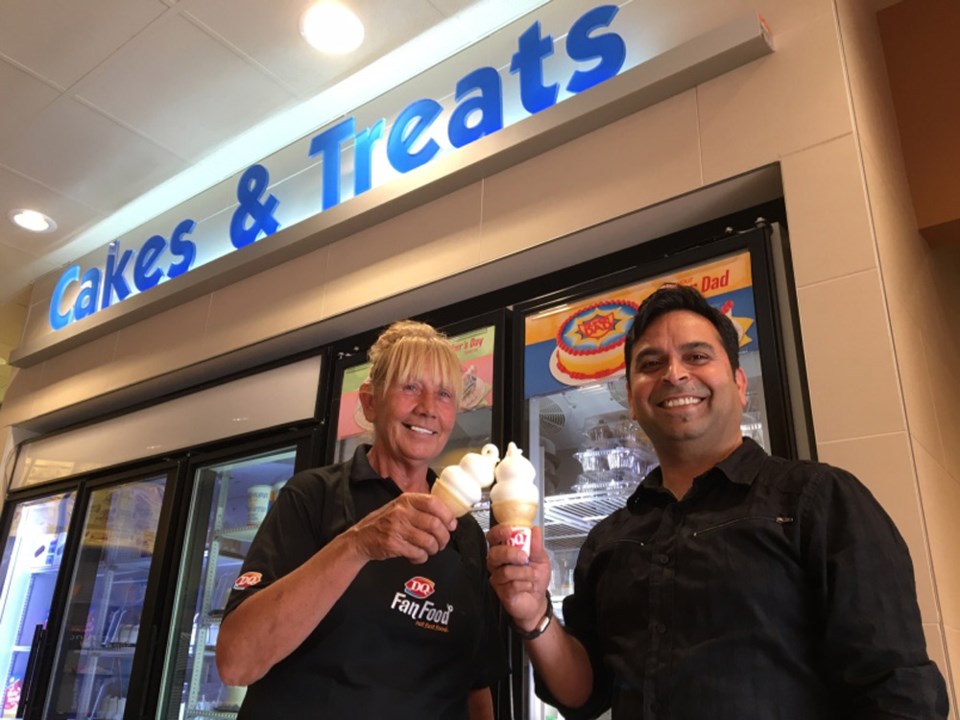 When Lynn Hallgren first started working as a customer service associate at Dairy Queen in Richmond in 1979, she never would have expected that she would still be with the company in 2018. “It just happened,” she says over the phone from the store, which is now located at 8980 No. 3 Road, and is owned by Rahul Mehta. “A woman named Ellen Mensing was my mentor: she was the older lady in the store and now I’m the older lady!” she laughs.

Over the years Hallgren has picked up a lot of knowledge about the brand, which now offers fast-food lunch and dinner fare including hamburgers, chicken burgers and fries. The brand’s beloved made-to-order ice cream cakes, which include Treatzza Pizza and Blizzard versions sets DQ apart.

Along with the tasty treats and exciting challenges the job offers, what has kept Hallgren with Dairy Queen for so long has been the local clientele, many of whom are regulars she has gotten to know quite well. “I had a lady go into labour 20 years ago and now her kids come in all the time,” she says.

Hallgren has seen many new ice cream flavour combinations come and go, but she says one that has remained ever-popular is the Oreo Blizzard, which has been a staple since DQ first opened.

Lynn says her store also organizes fundraisers that support local churches and schools by providing them with items for auction, such as ice cream cakes, and coupons at discounted prices. “It makes the schools happy and it makes the customers happy,” she says.

This commitment to philanthropy originates to when Hallgren first started working with the store in 1979. “My original boss, Ray Van Humbeck, was a very churchgoing man and he was generous to the community. He sponsored a number of initiatives including track meets.”

One thing’s for certain: you’ll be sure to receive service with a smile when you order a Blizzard from the Dairy Queen at 8980 No. 3 Road in Richmond. Find this location here.