One man’s mission to improve people’s lives through hockey 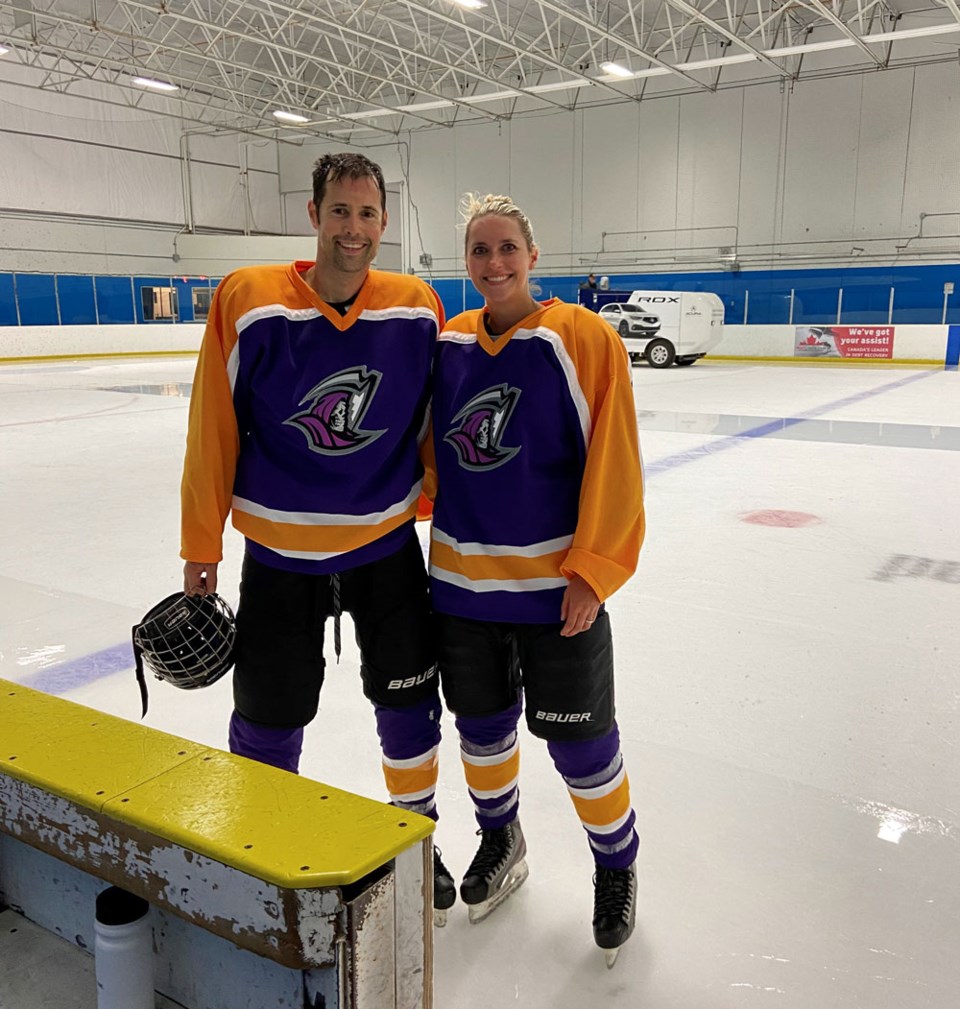 It might seem like a strange question to many of us, but not to Ian Bemister, co-founder of Insiders Hockey League.

Bemister launched Insiders Hockey in July 2020. At the time, his motivation was simply to create an inclusive, affordable and safe league that eliminates many of the barriers that prevent people from playing hockey: expense, scheduling restrictions, finding games that are compatible with one’s skill level, and fear of a culture that promotes aggression.

Players can try a game or join a team, providing unparalleled value. And, players could be assured that they would be matched with players whose abilities match their own, making for fair competition.

Last but not least, INHL forbids the fighting and smack talk that seems to have become as intrinsic to the game as the game itself.

“You can play hockey in a way that’s aggressive and disrespectful of others, or you can play our style of hockey, where you have a ton of fun and get competitive, but you respect your opponents,” says Bemister.

Initially based out of the Langley Sportsplex, Insiders Hockey proved immediately popular – in its first few months, membership snowballed from five players to 18 full teams.

But then, in the past year, two unrelated circumstances dramatically affected Insiders Hockey and Bemister’s objectives for the league.

First, the league lost its home in Langley, necessitating a move to Richmond Ice Centre – a long-distance relocation that left Insiders Hockey out of reach for most of its Langley-based participants. However, the move makes it a convenient option for countless others in Metro Vancouver.

Second, Bemister experienced a powerful life event that resulted in an extended hospital stay. When he returned home earlier this year – healthy but newly sensitive to how he and others lead their lives (especially amid the isolation and sadness of the pandemic) – he felt that Insiders Hockey has the potential to be a 360-degree force for good. Somewhere not just to play hockey, but to optimize one’s physical and emotional well-being.

“I truly believe a hockey league can make a huge difference in a lot of people’s lives,” says Bemister. “People need competition, they need exercise, they need friendship – that’s what we’re offering.

“Even my dad, who’s 68 years old – he’d never played before, and he’s not a very good player yet, but he’s having a blast, and he said he’s using muscles he’s never used in his life.

If he can come out in used gear, throw on some skates and have fun, that means absolutely anybody could do this.”

Bemister emphasizes that Insiders Hockey isn’t motivated by profit. His successful North Vancouver-based handyman company, Odd Jobs Are Us, has funded the league. While he hopes it can become self-sustaining, he says this is a secondary concern to improving people’s physical and mental health.

“Honestly, I have no interest in making any money from this. I invested $100,000 into the league last year, and what I do see from it is it can help a lot of people feel good and get in touch with others, and respect themselves and respect others.”

And so, why hockey? Why has he chosen this as the vehicle to try to help the world become a better place?

“First of all, I love ice hockey,” he says without hesitation. “Second, because we built an awesome league and community last year in three months, from scratch. I know what it takes.”

Bemister invites people of all ages and abilities, whether they’re a former pro or have never set foot on ice in their lives, to try Insider Hockey.

“Hockey is a positive thing, and this is a league built on love and trust and respect,” he says. “It’s not about money or power or fame. It’s just about creating something that’s needed, that anybody can do.

“People can do so much more as a team than as individuals. And the bigger a team we become, the more it’s possible for us to do.”

To find out more about Insiders Hockey League and to register for the upcoming season, visit inhl.net.