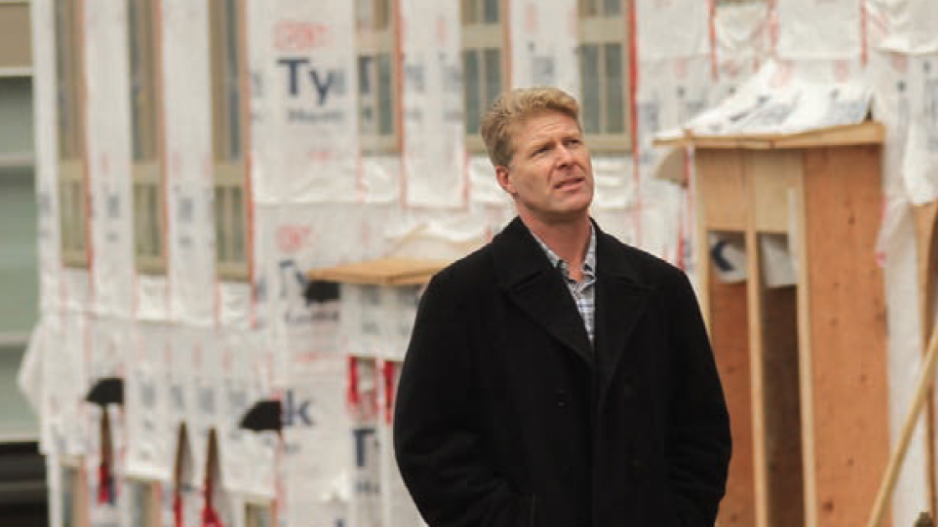 Scott Ponuick, president and senior strata agent for Surrey-based Peninsula Strata Management Ltd.: “unfortunately, things have not improved in the industry, and we are still in need of qualified agents. Image / Chung Chow

As housing starts continue to soar across Metro Vancouver, a shortage of strata property agents continues to worsen.

Scott Ponuick, president and senior strata agent for Surrey-based Peninsula Strata Management Ltd., said in December 2016 that the Lower Mainland was in need of at least 200 more strata agents to help lessen the burden on the industry and existing strata agents working in the field. Thomas McGreer, senior director of residential services with Vancouver-based AWM Alliance Real Estate Group Ltd., said that number is now even higher.

“We literally got about 30 people into the industry in the last year,” McGreer said. “It’s kind of ridiculous.”

McGreer noted that according to statistics from the Real Estate Council of British Columbia, at the end of 2016 there were 1,291 people licensed as strata agents in the province, and there were 1,322 as of January 2018.

McGreer said an indicator of how stretched the strata agent industry has become is the number of active strata plans and titles across B.C. As of January 9, 2018, there were 31,100 active strata plans and 637,205 active strata titles in the province. This means on average a strata agent could be handling anywhere from 17 to 23 stratas. He said while estimating an average number of units is difficult given the variance in building size across the Lower Mainland, an average agent should be handling no more than 12 strata buildings.

And things don’t look as if they’re going to get better any time soon, he said, noting an estimated 28,000 strata units are under construction in Metro Vancouver, according to the Canadian Mortgage and Housing Corp.

“A lot [of strata agents] are working two or three nights a week, on top of a full-time job,” he said.

While the money can be good for agents who have enough “doors,” strata agents are hard pressed by an industry standard for rates that hasn’t budged in close to a decade and isn’t matching inflation, either. He said this means agents are being asked to handle more and make less.

“We have to turn down strata proposals right now because if we didn’t, we would have to be taking on infinitely more work than we could handle,” he said.

Ponuick said the situation in the Fraser Valley is just as bad.

“Unfortunately, things have not improved in the industry, and we are still in need of qualified agents,” he said.

Governed by the provincial Strata Property Act, strata agents help strata management companies handle such duties as – in the words of the Real Estate Council of BC’s website – “managing and repairing common property, presenting an annual budget and collecting strata fees, obtaining insurance, maintaining specific documents and records and enforcing the corporation’s bylaws,” all of which must be determined by the individual building’s elected strata council.

New accreditation rules came into effect in 2006 under the Real Estate Services Act, requiring agents to take the strata management licensing course, which takes about six months and is offered through the University of British Columbia’s Sauder School of Business real estate division. Applicants must achieve a minimum grade of 70% on the exam to pass. Ponuick said this has pushed out many managers who were either close to retirement or didn’t want to go through the hassle and financial implications of taking the exam.

Editor's note: The photo caption in an earlier version of this story incorrectly identified Scott Ponuick as Thomas McGreer.