October’s rush of buyer activity and drop in new listings means the region’s market is creeping back towards favouring sellers
Nov 4, 2019 11:50 AM By: Joannah Connolly 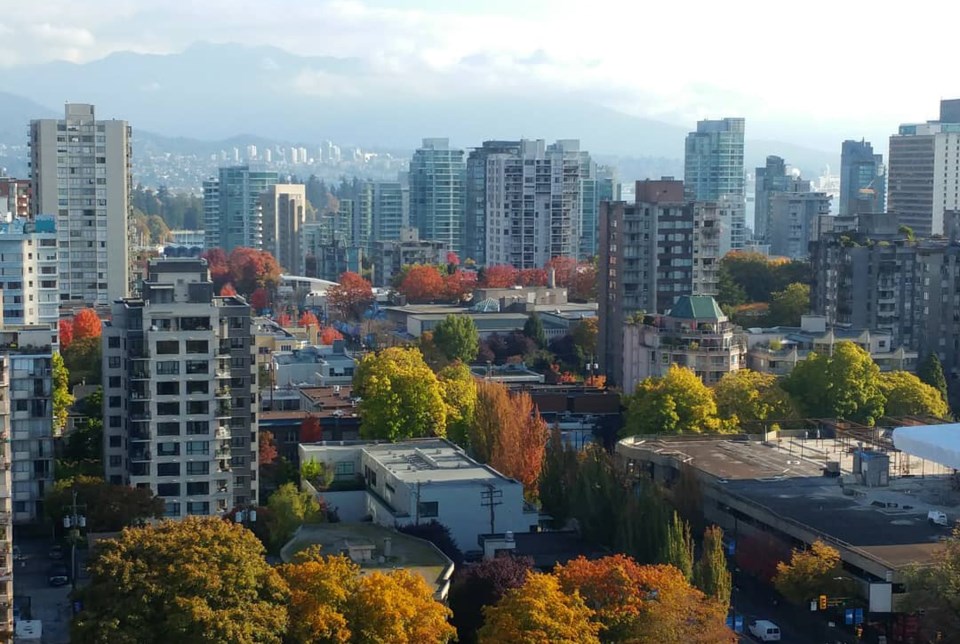 The Real Estate Board of Greater Vancouver (REBGV) reported November 4 that residential resale transactions in the region totalled 2,858 in October, which is the highest number of homes sold in a single month so far this year.

As well as the year-over-year jump, this total is 22.5 per cent higher than the 2,333 homes sold in September this year, and 9.8 per cent above the 10-year sales average for October (see interactive graph below).

“Home buyers have more confidence today than we saw in the first half of the year,” said Ashley Smith, REBGV president. “With prices edging down over the last year and interest rates remaining low, hopeful buyers are becoming more active this fall.”

As more home inventory was absorbed by a more active market, the number of available listings declined — exacerbated by fewer sellers listing their homes for sale in October. There were 4,074 homes listed for sale on the region’s MLS in October, which is 16.4 per cent decrease compared to the 4,873 homes listed in October 2018 and a 16.3 per cent decrease compared to September 2019 when 4,866 homes were listed.

The total number of Metro Vancouver homes listed for sale on the MLS, as of the end of October, was 12,236, down 5.8 per cent year over year and a nine per cent decrease compared with September 2019.

Smith added, “The recent uptick in home sales is moving us into a more historically typical market. Both sale and listing activity is trending around our long-term averages in recent months.”

With sales having been increasing the past four months compared with the previous year, the benchmark price of a typical Metro Vancouver home looks like its falling trend line could now be reversing. The benchmark price, now pegged at $992,900, is 6.4 per cent lower than in October 2018 but 0.2 per cent higher than September 2019. This is the first month this year that the benchmark price has risen on a monthly basis.

Sales and prices by property type

Metro Vancouver recorded 938 detached property sales in October, which is up 47.3 per cent from the same month last year, and 25.9 per cent more than in September this year.

The region’s attached homes such as townhouses and duplexes saw the biggest jump in resale transactions in October, with the 536 sale total a 55.8 per cent increase over October 2018 and 27 per cent higher than in September 2019.

The Fraser Valley is seeing a similar market recovery to that of Metro Vancouver, although at slightly lower percentage levels, having not fallen so hard previously. The Fraser Valley Real Estate Board (FVREB) reported November 4 that it had recorded 1,592 sales of all property types (including residential and commercial) on its MLS in October, a 37.8 per cent increase over October of last year and an 18.5 per cent increase compared with September 2019.

Darin Germyn, FVREB president, said, "Our market started to pick up in the summer and we’ve been steadily improving since. It’s rare to see October home sales in the Fraser Valley outpace April and that’s what we’ve seen this year; our typical spring and fall markets have flipped.”

Like Metro Vancouver, benchmark prices for each property type were lower than a year previously, but mostly flat with the previous month.

The benchmark price for a single-family detached home in the Fraser Valley decreased 3.5 per cent year over year to $952,600, which is up 0.3 per cent compared with September 2019.

At $516,000, the benchmark price for a townhome or other attached house in the Fraser Valley slipped slightly in October, down 0.8 per cent compared with September 2019, and 4.2 per cent lower than October 2018.

The benchmark price for a typical condo in the Fraser Valley in October was $405,100, which is virtually flat with September, down 0.1 per cent, and 6.4 per cent lower than October 2018.