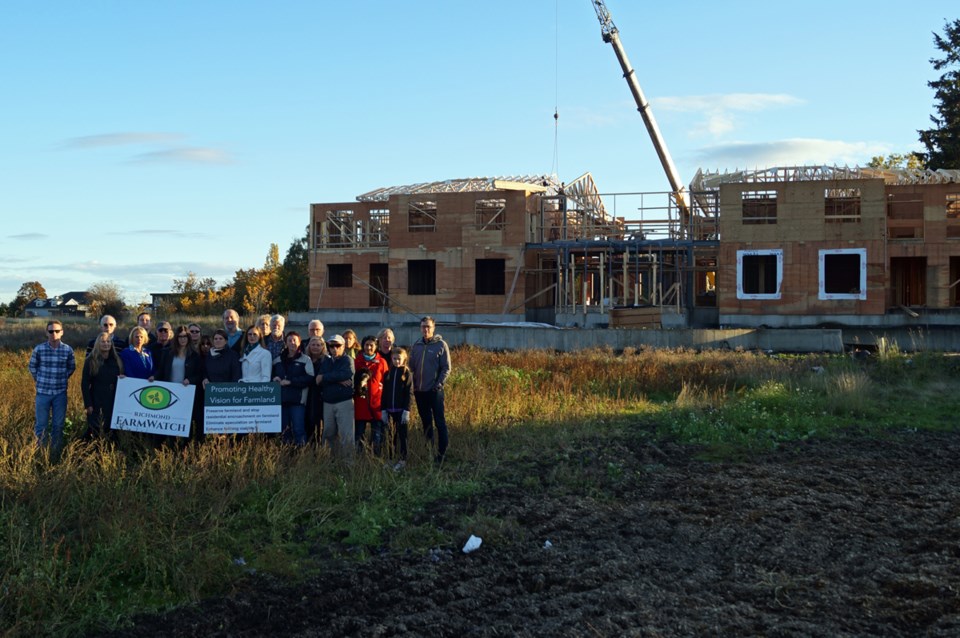 A newly-built, farmland mega mansion, owned by a shell company, has driven the 26.6-acre lot it sits on from an assessed value of $88,000 to $8.3 million, underscoring the impact such large homes are having on prices in Richmond’s Agricultural Land Reserve.

Richmond resident and member of Richmond FarmWatch Laura Gillanders said the lot is one of many that has propelled in value in the past year.

“One by one each of these farms is being taken out of production and making sure it is never farmed by a farmer who can live on that land,” said Gillanders.

“It goes to show these mansions are not being built for farming,” she added.

The home at 11400 No. 2 Road is still under construction. According to BC Assessment, once it is complete, it will be among the top-10 most-expensive properties in Richmond. BC Assessment also delisted the property from farm class.

Gillanders said the land could be leased to a farmer but there are many obstacles to doing so, in an already competitive market place.Richmond city council has grappled with the issue of house sizes on and off for over a year now.

Notably, on Feb. 23, 2017, City of Richmond staff issued the 11400 No. 2 Road building permit, which was one of dozens quickly processed after Couns. Carol Day and Harold Steves' motion to temporarily limit ALR houses to 7,500 square feet was rejected by council last January. The permit came a month before council changed its tune by voting 8-1 for a moratorium, with objections from Coun. Alexa Loo.

Soon thereafter, council, save for Day and Steves, implemented a bylaw to allow 10,764-square-foot homes on lots greater than 0.5 acres. It is now going back for public consultation with new options to be presented to the public.

“We’re going to lose a lot of properties in the meantime. There will probably be a rush to build 11,000-square-foot homes,” said Gillanders.

Steves has stated Richmond's agricultural land is under the worse threat it has ever been due to speculation, since the Agricultural Land Reserve was created in 1973.

Transparency International, a non-government organization, has reported how Metro Vancouver real estate is a prime target for speculation due to Canada’s weak laws surrounding beneficial ownership via opaque shell companies and numbered companies.

Richmond FarmWatch is calling on the immediate implementation of the 15 per cent foreign buyers’ tax on the ALR in Metro Vancouver.