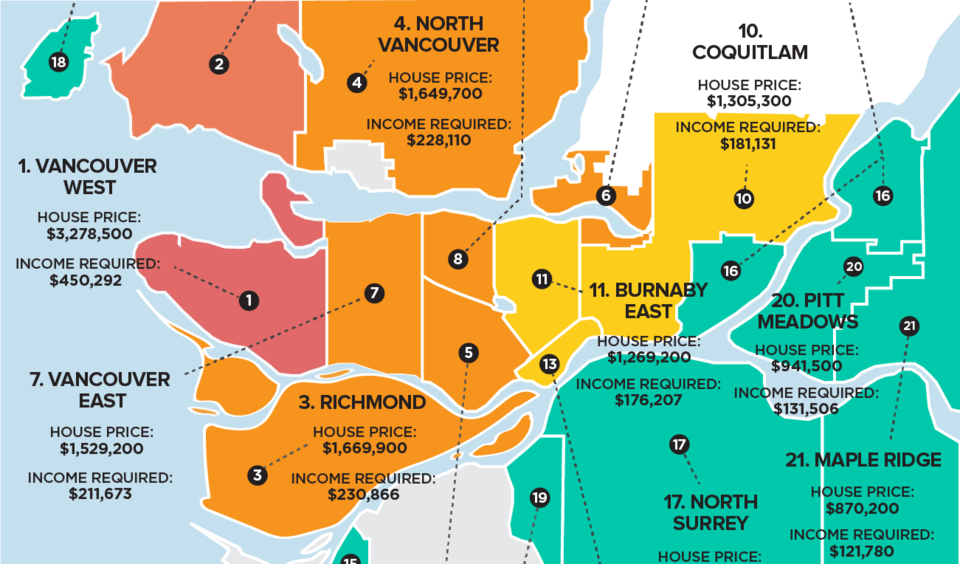 We all know that for most households earning a median income, buying a detached house in Metro Vancouver is highly unaffordable, unless they have already built up considerable equity or have another source of wealth.

But exactly how much of a gap is there between median incomes earned in the region, and the income you’d need to buy the average priced house in that area? And which areas see the biggest income gaps? This is the topic of a new study and infographic by real estate portal Zoocasa, released September 12.

To assess affordability across the region, Zoocasa’s number-crunchers looked at August benchmark detached home prices in 21 Metro Vancouver markets, as well as the minimum income required to purchase and carry such a property based on a 20 per cent down payment. The required income was compared to the actual median household incomes in each area, sourced from Statistics Canada, to find the local house-price-to-income gap.

Vancouver West is followed by West Vancouver, which has higher incomes and therefore a lower income gap, with Richmond in third place.

Check out the full ranking of Metro Vancouver income gaps in the infographic below.