More than two in five poll respondents (43%) say worrying about financial matters made it harder for them to fall asleep at night over the past month
May 10, 2021 6:00 AM By: Mario Canseco 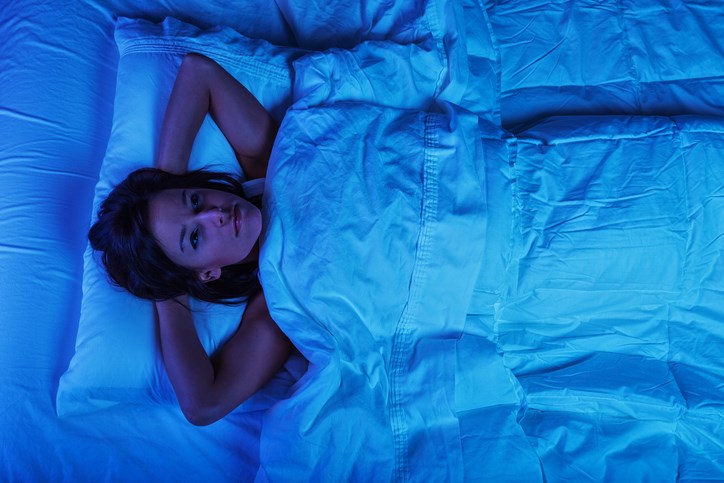 Money worries are the top cause of sleeplessness among Canadians, a new survery findsjhorrocks/E+/Getty Images
In late 2019, when Research Co. and Glacier Media originally reviewed the nightly habits of Canadians, we learned that many of us were not meeting the recommended guidelines about sleeping seven to nine hours each night. In addition, almost half of us found our heads spinning about dollars and cents late at night, making it harder to end our day.

More than a year has passed since that initial assessment. The COVID-19 pandemic has had an effect on some of the indicators we track, while others are immovable. There may have been an assumption that, in a world where working from home has become the norm for many, we would be sleeping longer due to the absence of a weekday commute.

One of the situations that is different in 2021 revolves around the reasons for Canadians to lie awake at night. More than two in five respondents to our latest survey (43%) say worrying about financial matters made it harder for them to fall asleep at night over the past month. This means that money is still the main source of apprehension that takes away our ability to rest, although it is down six points when compared with 2019.

Conversely, the proportion of Canadians who have lost sleep worrying about health increased from 29% in 2019 to 36% this year. Concerns about health are more prevalent among women (40%) and residents of Atlantic Canada (39%) and Ontario (37%).

There is little fluctuation in the proportion of Canadians who report losing sleep over relationships and family (32%, unchanged) and work (24%, up one point). Canadians aged 18 to 34 are more likely to be having a tough time resting due to labour worries (42%) than those aged 35 to 54 (29%) and those aged 55 and over (7%).

There are fewer sleepless nights directly related to issues beyond our homes and workplaces, but the numbers are trending up. The proportion of Canadians who have had trouble falling asleep because of domestic politics and issues increased from 6% in 2019 to 10% in 2021.

The Canada-wide averages do little justice to the complexity of the problems that the country’s residents are grappling with every night. Albertans are the undisputed leaders in losing sleep over money (60%, with no other region reaching the 50% mark). Ontarians are more likely to be worrying about health before or after going to bed (45%, with no other region reaching the 50% mark). In British Columbia, we find similar provincewide numbers when it comes to concerns over finances (40%), health (35%) and relationships (34%).

There are some political nuances as well. Canadians who voted for the New Democratic Party (NDP) in the 2019 federal election are more likely to be losing sleep over financial matters (49%) than those who cast ballots for the Liberal Party of Canada (41%) and the Conservative Party of Canada (38%).

Only one in four Canadians (24%) say they never have problems falling asleep at night – a proportion that jumps to 33% among those aged 55 and over. Just over a third of us (35%) face difficulties sleeping once or twice a week, and a larger proportion (41%) has a hard time three days a week or more.

As far as the time we spend resting every night, the numbers are a little more promising. Three in five Canadians (60%) acknowledge that they are sleeping fewer than seven hours on a typical weeknight or worknight, down four points since 2019. Half (49%, down two points) are not meeting the minimum requirement recommended by Health Canada on a typical weekend or non-workday.

In spite of these seemingly low numbers, a sizable proportion of Canadians consider themselves “very well rested” or “moderately well rested” when they wake up on weekday (70%) or on a weekend (75%).

Most Canadians may not be sleeping as much as they should, but this does not mean that a sizable majority of them are not ready to face a new day. •

Results are based on an online survey conducted from May 1 to May 3, 2021, among 1,000 adults in Canada. The data has been statistically weighted according to Canadian census figures for age, gender and region in Canada. The margin of error, which measures sample variability, is plus or minus 3.1 percentage points, 19 times out of 20.