Sharing a road applies to everyone including cyclists, pedestrians and vehicles.
May 11, 2021 4:32 PM By: Valerie Leung 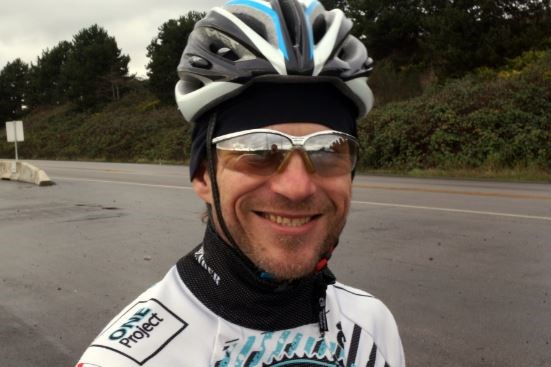 Just like there are bad drivers, there are bad cyclists and bad pedestrians. I want to focus on pedestrians this time because there’s a really beautiful ride in Richmond that anyone can do, but the problem is that people can get in the way, literally. First though, If you’ve never hopped on a bike and started at Garry Point and ridden along the dike down past Terra Nova and even to the Olympic Oval, you really should check it out.

The pathway is fairly wide and because it’s gravel you’re not going to get cyclists racing along on it. It is a great ride for families, especially when there is a fantastic playground when you get to the north end at Terra Nova. I said it’s a great ride, but I should really say that it can be a great ride if the people walking and running along the dike have their wits about them.

I’ve said before that it’s helpful to have a bell on your bike if you’re ever going to ride in an area with lots of people, or at the very least you need to be vocal when you are approaching people from behind. Sure, nothing will help if they are listening to their music but we have to do our best.

I’ve seen people send in letters to the Richmond News up in arms because they have seen two cyclists riding abreast of each other. I’ve also discussed in past columns why cyclists riding abreast of each other is actually safer for everyone at times -- cyclists and motorists together. My issue with the dike pathway is people walking side-by-side, taking up the entire width of the pathway so no one can pass.

This came to light recently when I was riding along the western dike and up ahead was what appeared to be a family of four, walking side-by-side, spanning the entire width of the gravel path. As I approached I called out to them that I was coming up behind them. Then I called again, and finally one last time. They never acknowledged me. I rode around them on the left side, just at the edge and it startled them somehow, and the man said “You shouldn’t be riding a bike on here!”. Not “Sorry for taking up the entire pathway so no one can get by”. Instead of giving him a lesson on local laws in front of his family I just told him it would be nice if there was room for others to use the pathway and kept going.

Here’s a suggestion for anyone walking the dikes. Shoulder-check on occasion. Is a runner coming up behind you? Do you see a cyclist coming at you from behind? Maybe then you won’t be so shocked when someone comes by you. Or better yet, maybe then you won’t decide to step off to the side to tie your shoe-lace just as someone is passing you, resulting in injuries.

Be aware of your surroundings, please. Everyone will get home safer in the end.

Geordie is an avid cyclist who writes his column on cycling in Richmond. His Saddle Up column focuses on different aspects of cycling from a beginner’s guide to cycling safety in Richmond.