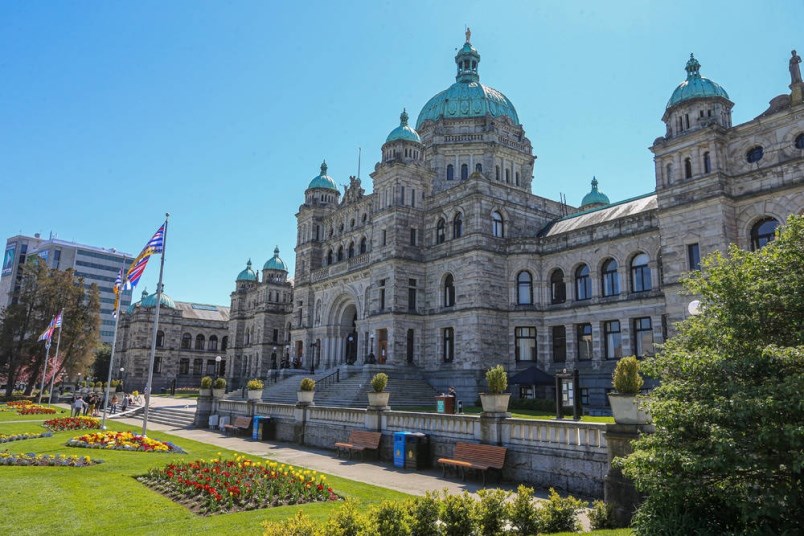 If you are good at picking investment winners and don’t like being told what to do, the B.C. government has a dream job for you.

Premier John Horgan unveiled a half-billion-dollar new investment fund on Tuesday and the striking thing about it is the number of safeguards built into protecting the key decision-maker from the politicians.

“Be your own boss” is usually seen in the want ads. But here, it’s not only in the job description, it’s enshrined in law. Plus, the current premier vowed at a news conference that he would never dream of interfering with the new outfit.

“That’s not how I’ve been operating to this point. And I don’t see any reason to do that now,” said Horgan.

The last time a B.C. government was so committed to butting out, it was concerning BC Ferries.

That used to be a Crown ­corporation that reported to — and routinely took ­direction from — cabinet. After the ­cabinet-inspired fast-ferry ­scandal, the B.C. Liberal ­government retooled the ferry system in 2003 as a publicly owned company that was to be run privately.

The main reason was to end political interference.

That lasted for a while, but cabinet members eventually starting sticking their noses in again.

Tuesday brought a variation on that “hands off” theme, with the launch of InBC Investment Corp. InBCIC is a new Crown corporation, so it reports to government. But the chief investment officer has the kind of autonomy and independence that most public-sector executives can only dream of.

“No person other than the CIO or an external fund manager retained by the corporation can make an investment decision,” says the legislation in a section devoted to investment independence. “The CIO is not subject to direction from anyone.”

(The first thing the new hire should do is have that chiseled in granite and hung on the wall.)

Any external fund managers that are retained will take direction only from the CIO, says the bill.

One extraordinary section even specifies exactly who the CIO doesn’t have to pay any attention to when it comes to investment decisions.

“For certainty, the CIO is not subject to direction from any of the following: the government, a minister, the board, the CEO, or any other public officer.”

There are only two expectations. They have to make money and they have to invest in things that support the social, economic and environmental goals of the government.

Jobs Minister Ravi Kahlon introduced the bill and said later the emphasis on independence is a signal to private business that loans will be made on their merits and not involve any political influence.

The problem the new ­corporation is supposed to fix involves what happens to some B.C. start-ups at a certain point. They might start making money and getting traction in the market.­

But then some of them stall out, or get bought out by out-of-province companies due to problems getting capital needed to continue growing as B.C.-owned and operated companies.

Wendy Hurlbert, CEO of LifeSciences BC, was on hand to support the launch. The medical-science sector in B.C. has “tremendous potential for exponential growth,” she said, and it looks forward to working with InBC and expanding.

“We have a long history of discovery in B.C. through world-class research and academic institutions. … But where we struggled is in scaling companies. We have the grand ideas … sometimes those ideas either get exported, or we struggle with scaling up.”

The difference between InBC and private investors is that the Crown corporation will be providing what officials are calling “patient capital.”

Private firms may lend to companies expecting a 15 per cent rate of return and be intent on pulling their money out after a few years.

Officials said the new fund will lend at reasonable rates and accept a lower rate of return while it gives companies more time to mature. Making a positive impact will be considered nearly as important as showing a return.

There will be an emphasis on the life-sciences field, where 20,000 people are employed, and on green tech and climate-change solutions.

If it succeeds, it’s more likely to make a lot of small, lower-profile contributions than hit a grand slam, but it depends on the shape of the post-pandemic economy.