The sudden dramatic reversals in B.C.’s COVID-19 stance on Monday show a degree of desperation that hasn’t been seen previously.
Mar 31, 2021 4:00 PM By: Les Leyne 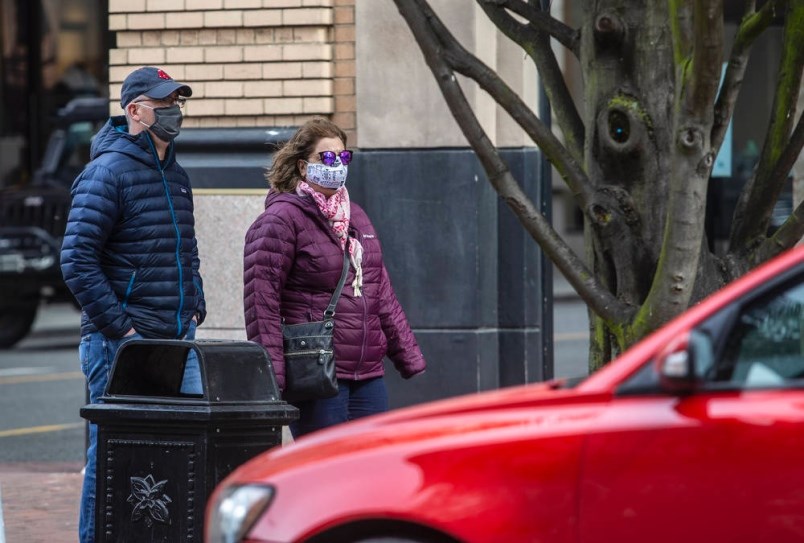 The sudden dramatic reversals in B.C.’s COVID-19 stance on Monday show a degree of desperation that hasn’t been seen previously.

The new measures slammed into effect with just 11 hours notice contradict the government’s determination to make gradual incremental moves, not sudden swerves. In some cases they reverse moves that were announced just four days ago.

And one of them abandons a principle the government has tried to hold to for over a year — maintaining a province-wide regime, rather than making regional orders.

Provincial health officer Dr. Bonnie Henry generally resisted that idea from the start, even in the face of wild persistent disparities in the regional case counts. The rationale is that inter-city travel, even with recommended travel curtailments, mean COVID-19 would spread quickly outside and beyond any regional curtailment measures.

But Monday she closed down Whistler-Blackcomb for three peak-season weeks, which is as region-specific as you can get.

The reasons are valid. Despite stringent safety measures, that party town has been an incubator and the virus is either on the brink of or in the process of erupting. Henry said there’s been a worrisome hike in cases there and they are spreading from that valley to other communities.

But if she can close down one single ski resort, why are there no stricter restrictions in the Fraser Health region, which has produced the vast majority of cases every single day?

Health officials can pick one “epicentre” to curtail or they follow the province-wide approach. But they can’t do both.

There’s also some desperation evident in the about-face on religious services. It was just four days ago that officials delivered an optimistic, upbeat update about relaxing orders. One set applied to the long-term and there is no change to those.

The other set applied to religious observances and was timed for spring holy rites. They included allowing limited indoor services, which have been banned for several months. But on Monday, that was reversed, meaning religious services will have to continue to be held remotely or outdoors.

Henry said the Thursday move came after lengthy discussions with faith leaders and the decision came with a caveat that it was subject to the epidemiologic situation.

“I was always hopeful, even as late as last week, that we would be able to get through this next few weeks, keeping where we are.” But she said the dramatic increase in the past five or six days changed the trajectory.

That prompted the sweeping measures that throw some sectors back to where they were in November. In addition to the Whistler-Blackcomb shutdown and the cancellation of indoor religious services, indoor restaurant dining is banned again, as are indoor group fitness activities.

Outlining her general strategy last summer, Henry said: “Our whole plan from the very beginning was to move thoughtfully and carefully and slowly through this. We don’t want to go backward. We won’t be going back in terms of phase.”

She did allow then for some specific restrictions where things look risky.

It looks like the risks have reached the point where the strategy has changed.

It’s going to be a fight right to the bitter end. The coronavirus is mutating and accelerating just as the vaccine program is approaching full stride.

Barring some catastrophic new development, the vaccine will win eventually. But the relentless virus is going to do the maximum damage possible right to the point that it’s subdued.

Henry said “it really is a race” between the raging virus and the vaccine, which is effective, but needs a few weeks to take effect.

Just So You Know: In another departure from the norm, Premier John Horgan targeted younger people with his strongest language yet. He said the 20-39 age cohort “isn’t paying as much attention” to health warnings. “My appeal to you is – don’t blow this for the rest of us.”

The remark may go over well with older folks, but targeting blame is a risky business. If he can do it to people of a certain age, others could do the same using other criteria.