Open letter to Mr. Hanssens, Re: “ Apology for racist rant offered ,” Letters , June 18. I commend you for coming forward publicly to apologize, and we as a group accept your apology.
Jun 27, 2020 7:52 AM By: Richmond News 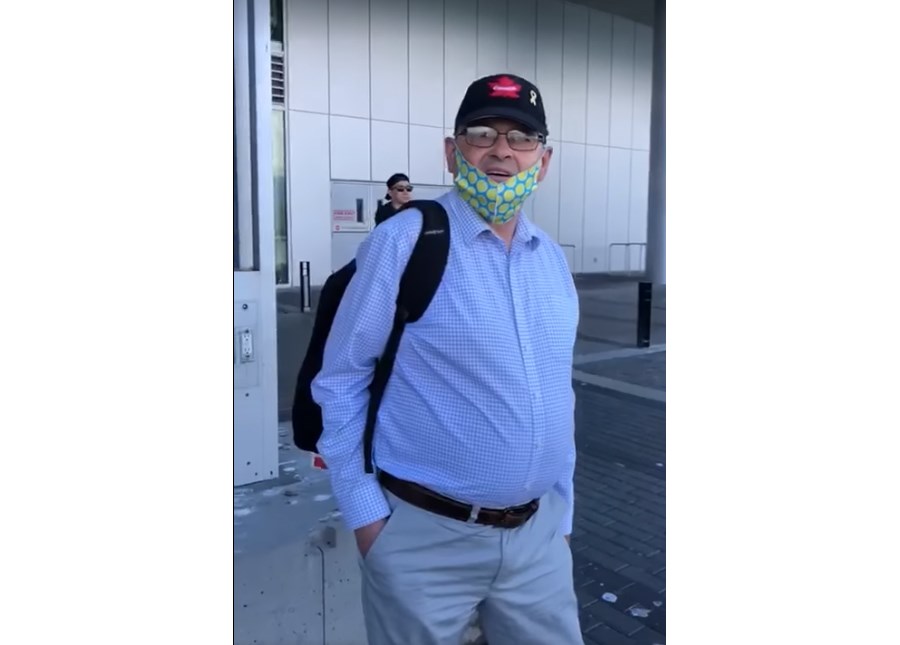 A Richmond resident was recorded venting his frustration to a group of Asian individuals in downtown Vancouver. Photo: Video screenshot

I commend you for coming forward publicly to apologize, and we as a group accept your apology.

It was never our intention to vilify you or make the post go viral, but given recent racial tensions, I hope you can also empathize with the importance of us standing up for ourselves; we don’t want anyone else to experience any type of harassment. And I believe since the incident, you have received some negative attention as well, so I am truly sorry you had to experience that.

I have not called you a racist, and still don’t believe you are one, some of the things you did and said that day were regrettably racially charged, but we all make mistakes, and I believe you simply made a few that day.

While I have been criticized for not putting that label on you, I am willing to bear that criticism and standby what I believe in. Putting that label on anyone is easy, but calling out on the behaviour and finding ways to change that behaviour will always be harder, and I will choose the harder way any day because that will bring about real change.

With everything that’s going on in the world, we are all anxious about the future and grieving in some way, and the only way we can get through this is together, so now is not the time to place blame on one another.

I hope we can be allies and not opponents when it comes to opening the dialogue and make our community a better place.