Letters: Richmond needs to scale back on size

Open letter to mayor and city council, Year after year, residents of Richmond raise their voices to our city councillors about the size of single-family houses, and how it degrades the liveability of their neighbourhood.
Nov 28, 2020 12:39 PM By: Richmond News 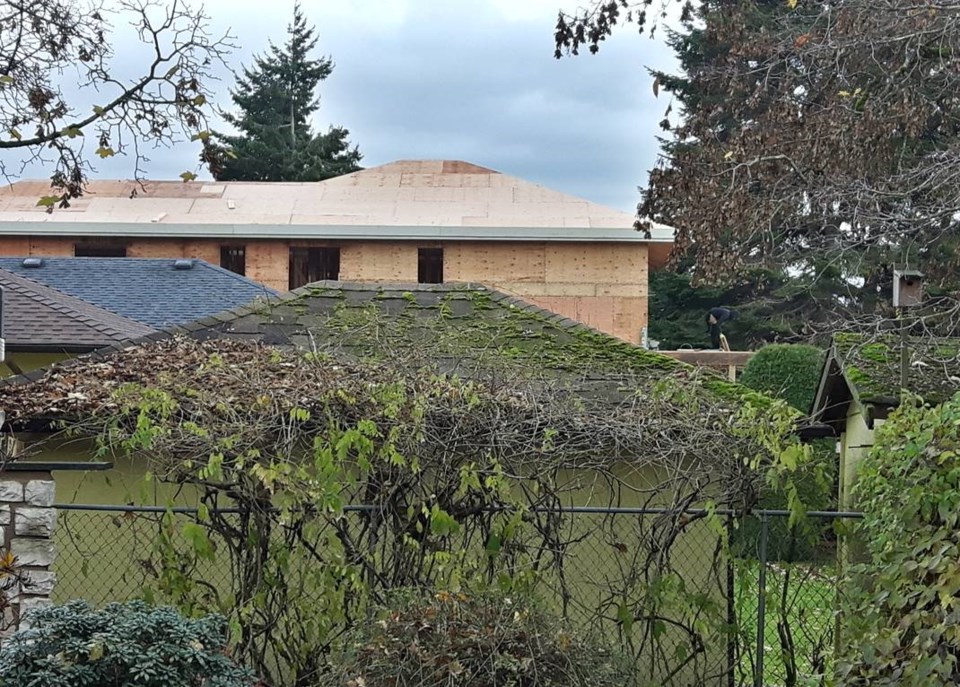 A mega mansion can be seen being built in letter writer Paul's neighbourhood.Paul Dylla

Year after year, residents of Richmond raise their voices to our city councillors about the size of single-family houses, and how it degrades the liveability of their neighbourhood.

A few years ago, recommendations were made and supposedly adopted to scale back the mass of buildings.

It appears these changes are not making much of an impact on the size of buildings being approved.

Returning from a short vacation earlier this month, I was shocked to find a battleship-sized house being framed three lots down.

This large structure, which looms far above the other homes, now obscures a large chunk of sky and trees that were part of my sightline. The house also extends so far to the rear of the property that, with the four-metre high veranda, any outdoor deck activity will encroach visually and audibly on the privacy of at least seven neighbouring lots. Many of us are not happy about this.

I have watched with sadness as serviceable home after serviceable home in our neighbourhood has been torn down and replaced with cookie-cutter monster homes, many sitting unsold or uninhabited.

Clearly something is missing in the execution of Richmond’s vision of building a more liveable city when builders enjoy the right to build solely for profit, and residents are denied the opportunity to have a say in the future of their neighbourhood.

It saddens me that our street has, over the years, become just another uninspiring and lifeless Richmond street.

Councillors, please explain to me where the planning and approval processes have gone so askew that building permits are being approved that meet the wishes of builders without even taking into account any impacts to the currents residents.