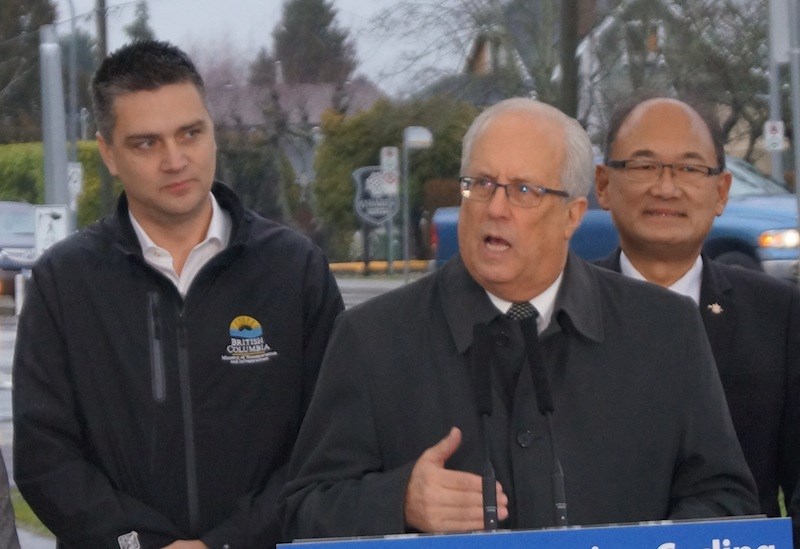 Re: “Massey Tunnel: Who will save the day?” Voices, Oct. 12, Richmond News

Mr. Wright refers, in his Digging Deep column, to the Gateway Program Definition Report, released in 2006, which discussed a longer-term plan to twin the George Massey Tunnel. “Twinning the tunnel” in this context was not an endorsement of the construction of a new tunnel, but rather the report promoted the need to increase the capacity of this vital crossing.

There is no doubt amongst anyone who must pass through the current tunnel that a change is necessary. The George Massey Tunnel represents the single worst bottleneck in the province. Over the last 10 years, the ministry has engaged in detailed technical analysis and broad consultation on a number of options that will ensure the smoother movements of people and goods along this important corridor.

Contrary to the belief of Mr. Wright, a new tunnel would be more expensive than a bridge. It would also carry significantly more construction risks and would have a greater impact on the environment, private property, agricultural land, and the Fraser River. The George Massey Tunnel Replacement Project is subject to British Columbia’s world class environmental assessment process that incorporates the feedback from several federal agencies, including the Canadian Environment Assessment Agency, Environment and Climate Change Canada and Transport Canada, into their final decision. And let me be clear — there are no plans to dredge the Fraser River.

The new bridge will be 10 lanes wide, benefitting both drivers and transit users with increased reliability and reduced transit travel time. The new bridge design includes dedicated transit/HOV lanes to ensure reliable transit service, and will be built to accommodate future rapid transit service. It will also have added access for cyclists and pedestrians. This free-flowing bridge is expected to reduce GHGs by about 13,000 tonnes a year, a 70 per cent reduction from current conditions at the tunnel, and save most commuters 30 minutes a day.

Perhaps, however, it is most important that Mr. Wright understands the seismic benefits of a new bridge. Although seismic improvements were completed in 2008 so that the bridge could withstand a 1-in-275 year earthquake, the new bridge will be built to today’s standard of withstanding a 1-in-2,475 year seismic event. Simply put, we need to address this very real concern to ensure that people crossing this section of the Fraser are safe in the event of an earthquake.

Public feedback on this project has been instrumental. To date, Ministry staff have met with the City of Richmond 111 times and approximately 5,000 people have visited the project office since 2014.

Let me assure Mr. Wright and all residents of Richmond that as this project progresses, we will continue to incorporate local advice.

Minister of Transportation and Infrastructure