Dear Editor, There has been much talk about a bridge, a bridge that no one wants except for the government and the LNG proponents.
Mar 16, 2016 11:13 AM By: Richmond News 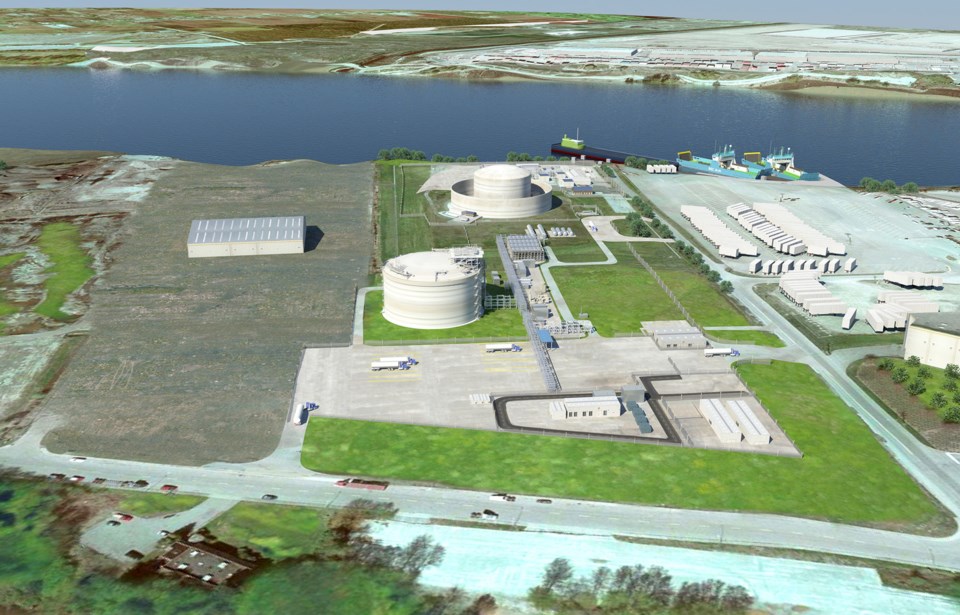 Wespac's artist's rendering of an LNG plant along the Fraser River

There has been much talk about a bridge, a bridge that no one wants except for the government and the LNG proponents.

The bridge is only being floated because LNG proponents want to see the tunnel removed to allow for deeper water for the LNG ships and this is a foolhardy move in my view.

Such large ships would be detrimental to the Fraser River and its environment and to the people and communities along its shores.

Can you imagine ships coming up the river and then having to turn around so that they can return to the ocean?

A ship of this size would require tug support on both the incoming and outgoing trips and would spawn a wake that could conceivably damage the precious salmon habitat that I and many other people worked hard to restore, at a cost of several hundred thousand dollars ­­­— habitat that helps rear salmon and other sea life that people up and down this coast make their living off of.

Steveston is a fishing community and as such we should protect it.

There is no one who would deny that we should protect its environment, as well as its heritage, and so we must do the utmost to ensure its protection.

Recently, I had the opportunity to attend the open house and hear all the carefully scripted arguments of the consultants and view the carefully selected and scripted words and imagery.

But there were no words and imagery that could convince me that a bridge was needed.

Only words and imagery that were spoken by those of LNG and the provincial government.

But, it is the words of the people of the province that the government should be listening to — from the Peace River Valley, to the northern port of Prince Rupert and the Queen Charlotte Islands, the Great Bear Rainforest and all down the coast to the people of Steveston and Ladner and those of the Gulf Islands and Vancouver Island.

The big issue and discussion here is the cost of the bridge and so I have a cost-effective solution.

The solution is to build a tunnel on either side of the existing tunnel and when they are complete, remove the original tunnel and replace it with a further four more lanes.

You would then have an eight lane tunnel instead of a four lane one and said traffic congestion would be alleviated.

The people are speaking loudly and the government should be listening, for each one of these people carry a vote and come the next election they will use it to elect a government that will listen to the people.