News reporter notes saving water can come in many direct and indirect ways
Jun 3, 2016 11:51 AM By: Graeme Wood 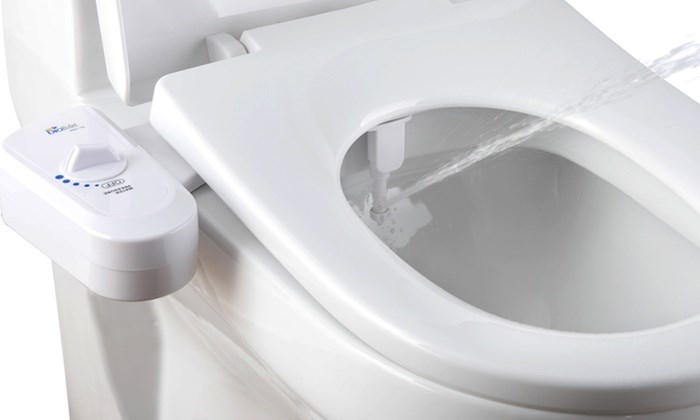 Pressurized bidet attachments will reduce the need for toilet paper, a water-intensive product.

Now, standing atop the mountain of toilet paper I will never use again, holding my bathroom sceptre (a plunger I also hope to never use again) proudly, I say it’s high time for our so-called advanced Western society to move out of the shadows of the estimated $10 billion per year toilet paper industry and into a new age of sanitation — and sanity. This will take a shift in mindset; a cultural revolution, if you will. Now, let me explain.

As we move into summer, we will once again hear about water saving techniques as consumption bans increase. In 2015, Richmondites used as much treated water to fill the Richmond Olympic Oval 100 times. Since 2006, thanks to education and the promotion of a number of water-saving techniques, the City of Richmond has reduced water consumption by about 14 per cent, while its population has increased 16 per cent.

The municipality’s primary objective is to reduce the burden on regional infrastructure. A secondary objective is the obvious environmental benefits, namely postponing having to tap into Harrison Lake as a fourth watershed. The best way to save water is to reduce consumption — both directly and indirectly.

Frankly, I got a bidet to ease the burden on my own infrastructure. But a second benefit is how much water I’m saving by eliminating most of the need for toilet paper, a water-intensive product at the production stage.

My $50, easy-to-install bidet is about two pounds of plastic and, granted, it required energy and water to produce.

Furthermore, bidets will help prevent municipal pipes from clogging and ease sewage treatment processes. So, why don’t we have bidet rebates, as we do for water efficient appliances and toilets?

My palace can’t afford an air dryer, so I still perform one drying wipe, if you’re wondering.

Graeme Wood is a reporter for The Richmond News.

Support for separated bike lanes remains strong in Vancouver: poll
May 17, 2021 6:00 AM