For years we’ve been warned about the potential dangers of using hand sanitizers. Besides exposing us to a variety of toxic chemicals, they may weaken our immune system and lead to bacterial resistance.
May 23, 2020 1:00 PM By: Sabine Eiche 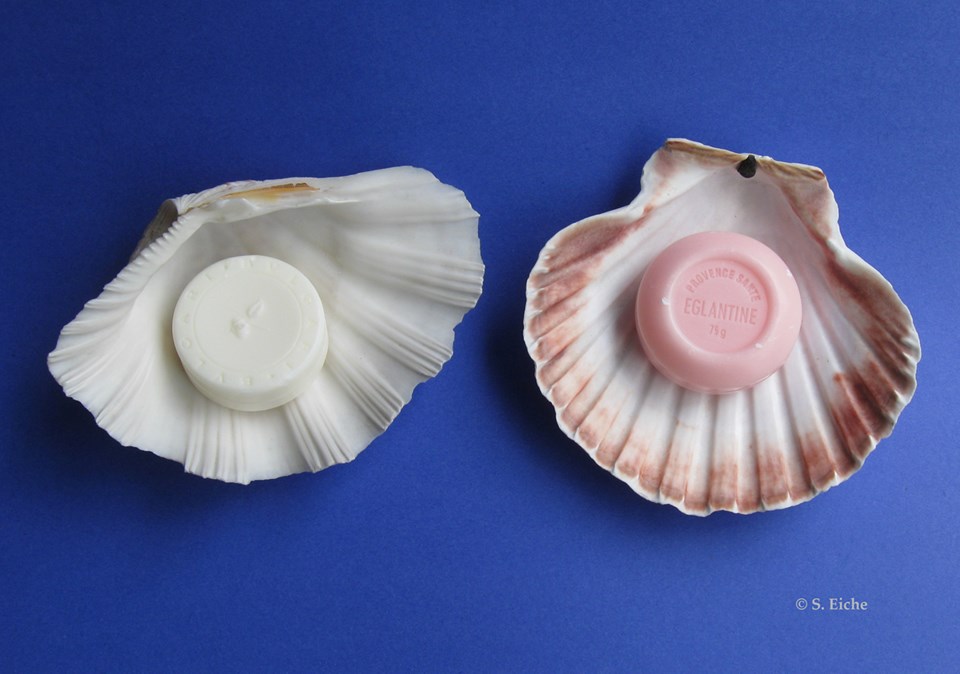 Soap on the half shell. Photo: © S. Eiche

For years we’ve been warned about the potential dangers of using hand sanitizers. Besides exposing us to a variety of toxic chemicals, they may weaken our immune system and lead to bacterial resistance. When the coronavirus started rampaging through North America, people pounced upon hand sanitizers and cleaned out the stores, even as health officials kept insisting that washing our hands with soap and water was the most effective weapon against spreading the virus.

Before explaining why sudsing up with soap is the recommended routine, I want to touch on the curious etymology of soap. The word comes from the Old English “sape” and originally referred to a red hair dye used by ancient Germanic warriors to render their appearance especially terrifying. The Roman Pliny the Elder (24-79 AD) describes it as German red hair pomade, calling it “sapo,” on which the Italian, French and Spanish words for soap are based.

Here’s a bit of perspective. Soap for cleaning purposes has a history going back thousands of years, but it was only by the 16th century that finer, milder soaps for personal hygiene were created in Europe. The Italians made a soap using olive oil, which continues to be produced and is considered one of the purest soaps available. We know it as Castile or Marseille soap.

Although handwashing is nothing new, for the longest time it was considered mainly a religious ritual. Then, in the 1840s, the Hungarian doctor Ignaz Semmelweis, working in a hospital in Vienna, discovered by chance that washing hands and medical instruments in a chlorine solution reduced the mortality rate for patients. A few years later, Florence Nightingale travelled to Scutari (Istanbul) to treat British soldiers wounded in the Crimean War, where, seeing the filthy conditions of the hospital, she became adamant about the necessity of washing hands to prevent infections.

But why are we supposed to wash our hands for at least 20 seconds? Because soap needs sufficient time to do its job thoroughly, to “defuse” all the viruses and bacteria lurking on our skin and in its folds. How can we time ourselves while sudsing up? Count “Mississippi one,” etcetera, up to 20. Or recite poetry. Shakespeare’s “Friends, Romans, countrymen, lend me your ears” is my choice.