Wine recommendations from the very first wine region in France
May 5, 2021 4:30 PM By: Tony Kwan 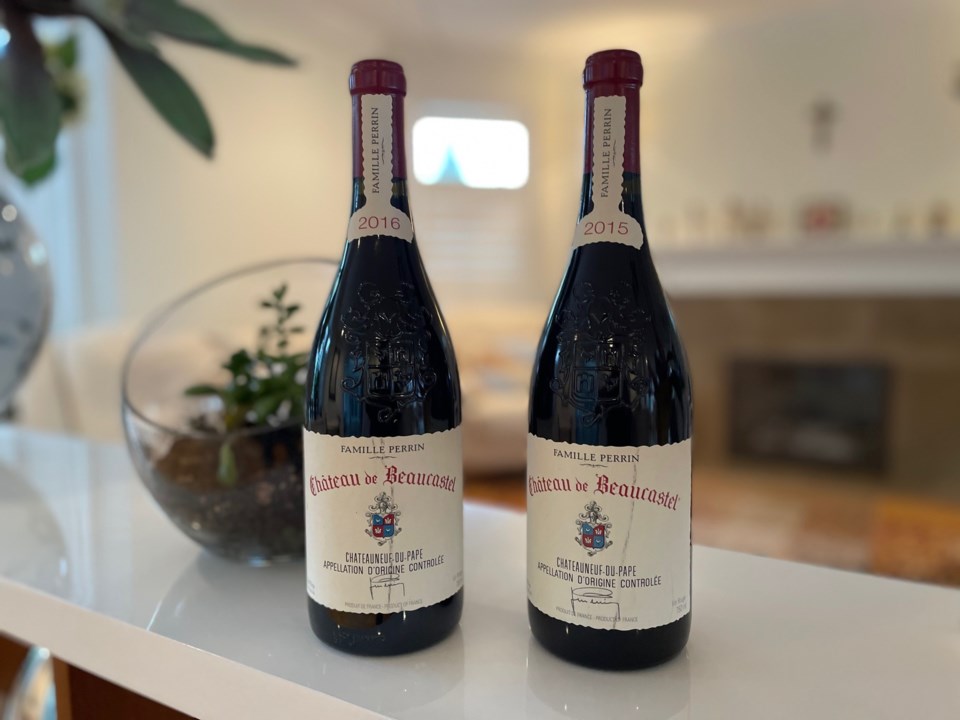 Chateau Beaucastel is one of the finest examples of Chateauneuf du Pape wines you can purchase. The current vintage sold in liquor stores is 2017.Tony Kwan

Chateauneuf du Pape or CDP wines are enjoyed by many wine drinkers who love rich, robust wines with high alcohol content.  The story behind CDP wines is just as intriguing as the wines themselves.

CDP is considered a Southern Rhone wine region in southeastern France.  Chateauneuf du Pape means “the Pope’s new castle” in French. In the 14th century, Pope Clement V (who was formerly the Archbishop of Bordeaux) moved the capital of the Catholic Church from Rome to Avignon.  Luckily, he was a wine lover and supported wine production in this region.  His successor, Pope John XXIII, was an even bigger supporter of wine production in the region.  Wines from the region became known as the “Vin du Pape”, and eventually, the name of the wines was changed to Chateauneuf du Pape.  Pope John XXIII ended up building a castle in this region and the ruins of the castle can still be viewed to this day.   CDP was the first wine region created in France.

In general, the most popular grapes used in CDP wines are Grenache, followed by Mourvedre, Syrah and Cinsault.  CDP red wines have gamey, violet, tar and leather tastes and aromas.  For CDP white wines, the most popular grapes used in the blend is Rousanne and Grenache Blanc.  White wines only account for under 10 per cent of the production of CDP wines, and normally have almond, star fruit and fennel tastes and aromas.  CDP wines are very attractive to wine lovers and no matter how high end, most bottles of CDP are under $100.  They produce instant pleasure, are very fruity and have lots of substance.  They are big, bold wines, which modern drinkers seem to like.

One of the best producers of CDP is Chateau Beaucastel or “beautiful castle”, which is named after the Avignon castle built by John XXIII.  Each year, the blend of Beaucastel’s red wine is a bit different, but for 2017, the blend was 30-per-cent Grenache, 30-per-cent Mourvedre, 15-per-cent Syrah, 10-per-cent Counoise, 10 per cent of eight other grape types that can be used in CDP (including grape types normally used in white CDP), and five-per-cent Cinsault.  What makes Beaucastel unique from other CDP red wines is the higher than normal percentage of Mourvedre, which adds dark colour, tannins, violets and licorice, and the use of five per cent of grapes normally used to make white CDP.   It is priced at B.C. Liquor Stores at $89.99, and is one of the finest, best-in-class examples of CDP red you can purchase.  If you would like to know more about this wine, please see my video wine review of this wine on YouTube.