Where do you go in Richmond when you’re craving hot noodle soup on a cold wet day? Well, I asked around and found out that my office has a lunchtime “noodle cru” (they have a way cooler name, but I was sworn not to divulge it).
Jan 15, 2020 4:30 PM By: Tony Kwan 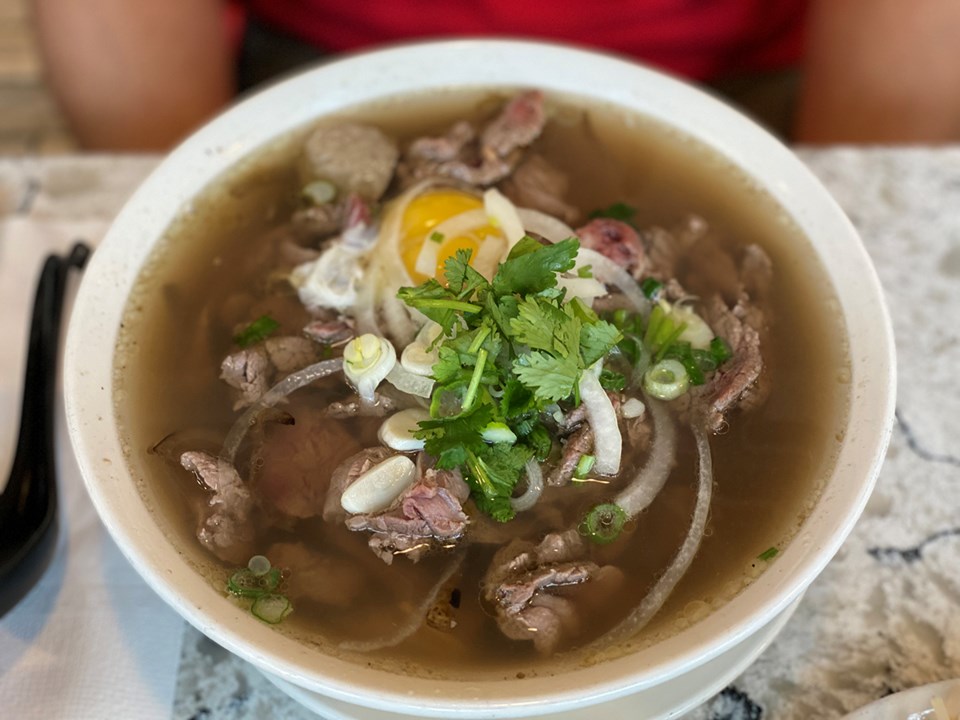 Where do you go in Richmond when you’re craving hot noodle soup on a cold wet day?  Well, I asked around and found out that my office has a lunchtime “noodle cru” (they have a way cooler name, but I was sworn not to divulge it).

I convinced them to take me along for lunch at one of their favourite noodle houses -  Pho 37 in Union Square Mall (1101-8328 Capstan Way).

Pho 37 is a casual Vietnamese restaurant which is a great place to grab a quick lunch.  The price point is a bit higher than your usual pho restaurant but they advertise that they do not use MSG which is a rarity amongst noodle joints.

The place is clean and it doesn’t look like a traditional pho noodle house.  It almost looks like they took over the premises from a higher end restaurant so the place is comfortable.

If you go for lunch, arrive before noon or you will be waiting for a seat.  They have a lot of variety on their menu, but they are known best for their noodle soup.

And if you want a good bowl of noodles and broth, the choice is simple: go for #40 on the menu, which is the Tuan’s Special Beef Noodle Soup with a poached egg.  It is the smoky broth that makes this dish, and it’s no wonder that it’s their most popular bowl of pho.

Even without MSG, they manage to make a broth which is flavourful yet not overpowering, which is nicely balanced between being light and slightly tangy and rich and beefy, all at the same time. The broth isn’t too oily as the acidity cuts the richness of the beef broth.

Break the egg into the soup to get a bit more thickness and body in the soup.

The other choice for pho would be #18 on the menu, which is the Beef Tenderloin Soup.  The broth is not as good, but the beef is more tender.  If you could get the best of both of these, that would be the trick - tell them your dilemma and maybe they can help you out!

There are other great items on the menu like fried spring rolls and grilled meat on vermicelli or broken rice.  Honestly, the menu has so much variety that you could eat there for a week and have a different dish everyday without getting bored.

The service is friendly and you can get out of there pretty quickly.  There is nothing pretentious about this restaurant, just great noodles and broth.

With each article, I also make a wine recommendation that is fairly easy to find in BC Liquor Stores.  In this article, I am recommending Cusamano 2017 Sicilia Nero D’Avola (SKU143610).  This is an Italian red wine made from the Nero D’Avola grape, a grape varietal that thrives in Sicily.  Cusamano is a winery started in 2001 by Alberto and Diego Cusamano, two brothers who are trying to balance traditional winemaking and innovation without losing the character that makes Sicilian wines unique.  The wine has a nice dark red color and provides lots of dark fruit and smokiness.  It is not too heavy so you can have it as a sipping wine or pair it with food.  The bottle includes a glass stopper which is nice in case you cannot finish the entire bottle.  It’s a good value at $17.99/bottle.

Tony Kwan is a lawyer by day, food and wine lover by night. Kwan is an epicurean who writes about wine, food and enjoying all that life has to offer.

Most Canadians cultivating an interest in gardening, finds poll
Jun 24, 2021 6:00 AM