Has this ever happened to you? You read something and get the sensation that similar thoughts have been eddying in your mind recently? That was what I felt when I came to the penultimate paragraph of Eve Edmonds’s Voices column of January 25 – she me
Mar 17, 2018 11:27 AM By: Sabine Eiche 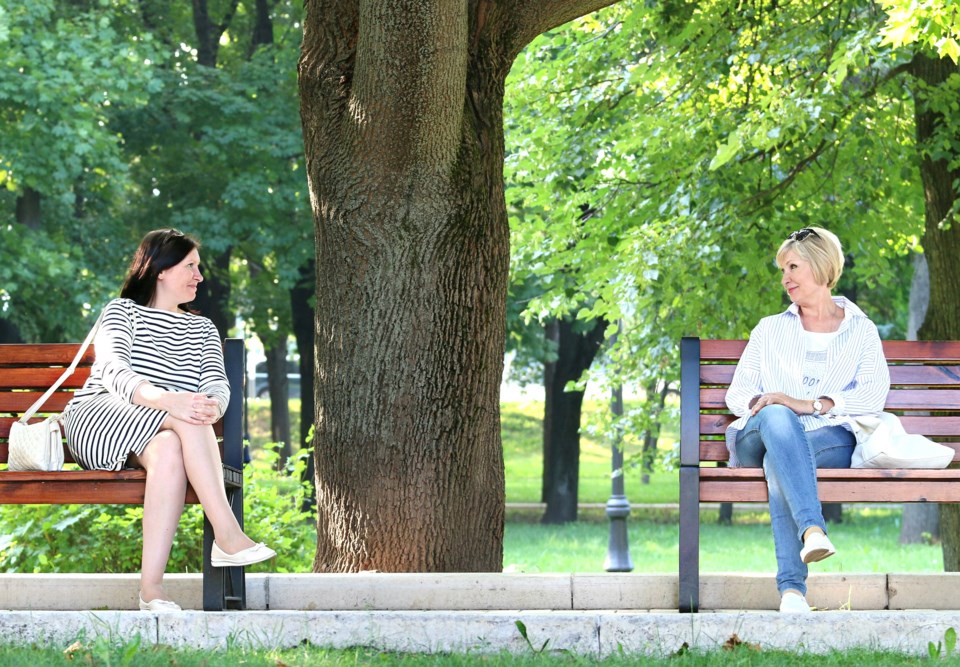 Has this ever happened to you? You read something and get the sensation that similar thoughts have been eddying in your mind recently? That was what I felt when I came to the penultimate paragraph of Eve Edmonds’s Voices column of January 25 – she mentions the fundamental importance to the community of building relationships, making connections, having conversations. There’s no book of rules for creating a strong, safe community. Local government can issue invitations to endless meetings and debates, but such organised events don’t invariably help the public bond. Sometimes the casual connections and conversations, experienced by happenchance or serendipitously, are the most rewarding. And sometimes they lead to surprising relationships.

A few days before I read Edmonds’s column, my thoughts had started swirling around this theme, set in motion by the announcement that Amazon was opening a high tech, cashier-less grocery store in Seattle. I was dismayed at the thought that as our traditional society unravels, another one is being woven without the threads of relationships, connections and conversations to bind it.

The origin and early usage of the word conversation reveal that its roots have more to do with bonding than with talking. In Middle English, conversation (from the Latin “conversari,” keep company with) meant intimacy, familiarity. By the beginning of the 16th century, it was a synonym for sexual intercourse and from the late 18th century, the phrase criminal conversation (often abbreviated to crim con) referred to adultery. Nowadays we use conversation to mean talking with others, a sense that’s documented as far back as 1615.Connect, connection derive from the Latin “con,” with, and “nectere,” to fasten, bind. Early examples, in the 17th century, refer to the relations between things. It’s not until the 18th c. that we find connection signifying also a relationship between people.

I suppose some harassed (from the French “harasser,” to tire out) millenials welcome the possibility of rushing through such a store as the de-humanised Amazon, grabbing groceries, without wasting a moment to exchange a greeting, a smile, an acknowledgement with another person. It makes me sad to think of the many opportunities that are lost.

A few months ago I had coffee in a local supermarket, sharing the table with another customer. We started conversing and discovered that we’d gone to Richmond High at about the same time. With shared memories such as these, the sense of being part of a community grows stronger.

Shortly before Christmas, in the bulk aisle of another supermarket, an older lady asked me to help with a bin label. She was looking for a particular ingredient for Christmas cookies. I could tell from her accent that she was European. The spice she wanted made me think of my mother’s Christmas cookies and I asked if she was German. No, she was Hungarian, but our culinary traditions are similar, and we reminisced about long-gone times and the warmth of family celebrations. Europeans (like me) are becoming a rare species in our community, and I was cheered to have had a little conversation with another of them. It reinforced my feeling of being part of this community’s older (not yet entirely threadbare) fabric.

A cashier-less, line-up-less store, such as Seattle’s Amazon, is unlikely to help in building relationships, which as Edmonds points out, is essential to strong communities – and not only. I couldn’t help but think of the story told me by someone I know. She was with a friend in a long line at a cashier, when something about the man behind her prompted her to make a disparaging observation to her friend. In spite of this, or because of it, she and the man in the line ended up conversing. And before much time had passed, they ended up getting married.