Different trees can be used to make various items and medicines.
Jun 5, 2021 1:00 PM By: Sabine Eiche 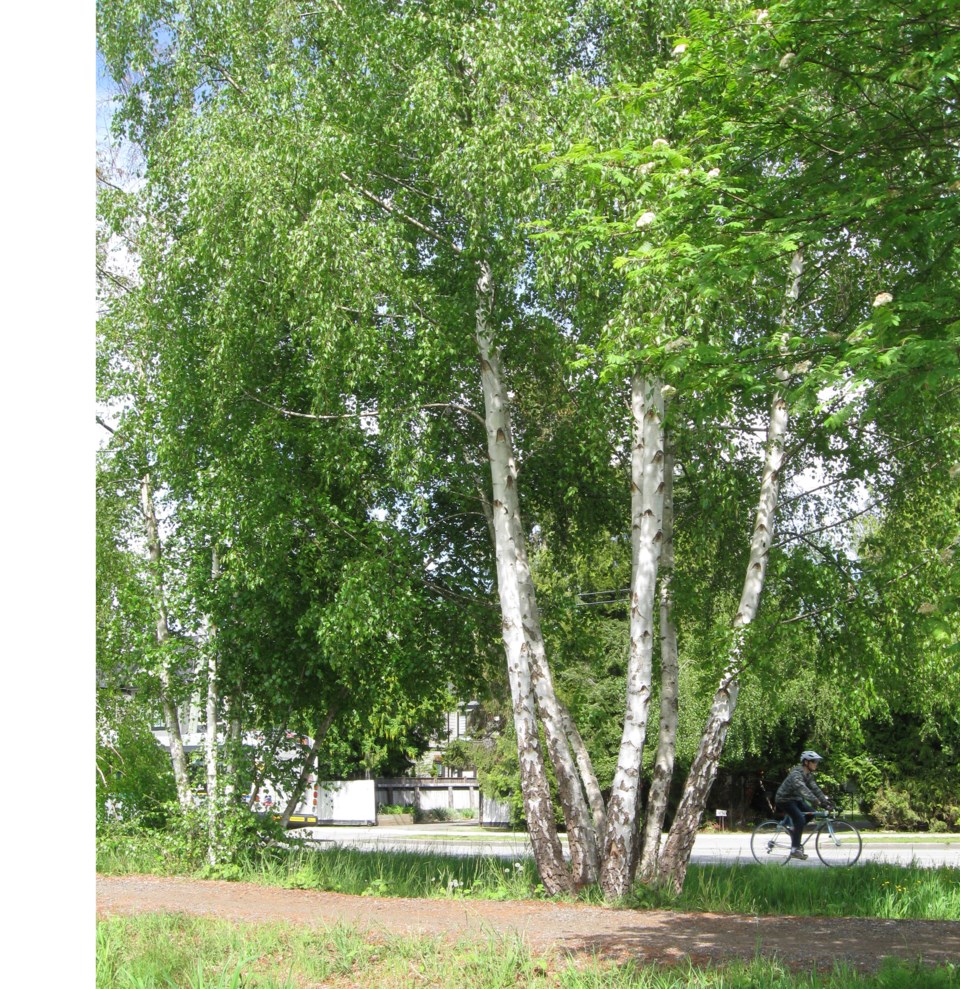 I knew, of course, that it was important for us to plant native species rather than imported ones, a fact I accepted without further thought. Then something occurred that made me ponder the full implication of the native plants’ nativeness. What set my mind moving along a new track was the Miyawaki forest project being prepared by our local permaculturist Bruno Vernier, one of the directors of the Garden City Conservation Society. Because a Miyawaki forest is created with native plants, one of Vernier’s first steps was the compilation of a list of about 30 suitable specimens.

What makes native plants native? Well, they’re identified as native because they originated in a particular location, developing and adapting to the local geographic and climatic conditions, the rest of nature (including humans) adapting and developing along with them. Native plants take their nourishment from the ground and give back nourishment – and more – to wildlife and us.

Take, for example, the birch, one of the plants to be included in the local Miyawaki forest. There are many varieties of birch across the world, but it’s the paper birch (Betula papyrifera) that’s commonly found in B.C. Small to medium in size, it can survive for over a century. Out in the wild, it feeds animals such as deer and moose. In urban and suburban environments, it’s mostly birds that benefit from the birch, eating the seeds in the autumn. Furthermore, some birds, for instance, chickadees, choose the natural cavities in older, decaying birch trees for nesting.

Humans soon discovered that the birch held many potential uses also for them. Its bark served to make baskets, bowls, twine, even a surface on which to write or paint. Its wood is tough, its grain is straight, making it ideal for objects such as cradles, toboggans and cooking utensils.

The birch is also a kind of medicine cabinet. Birch sap, which is tapped in the spring a few weeks before the leaves appear, is used by some people on the scalp to stimulate hair growth and prevent baldness. Applied to the skin it’s a remedy against freckles. It can be drunk as a general tonic when absolutely fresh (its shelf life is very short). When condensed, it becomes a syrup, used to flavour sauces as well as wine and beer. The sap can also be fermented as birch wine.

Fresh birch leaves make a tea that helps detox the body and can also be applied to the skin as a compress against complaints such as eczema. Furthermore, infusing the leaves in olive oil or sweet almond oil produces oil to use for massages. Indeed, Weleda’s anti-cellulite treatment is based on birch oil.

Winter, when the sap isn’t rising, is the time to cut birch twigs. After being seasoned for about a year, they’re bundled to make a type of broom called a besom (from the Old English “besema,” related to the German “Besen”). If you’re a witch, you’ll know birch besoms make for most superior flying.