Column: An afternoon at the Farm Fest

Last Saturday I walked towards the Garden City Lands along Lansdowne Road. Already from a distance I could see the white tents of the Farm Fest booths. They seemed to hover above the ground like a mirage.
Aug 17, 2019 1:00 PM By: Sabine Eiche 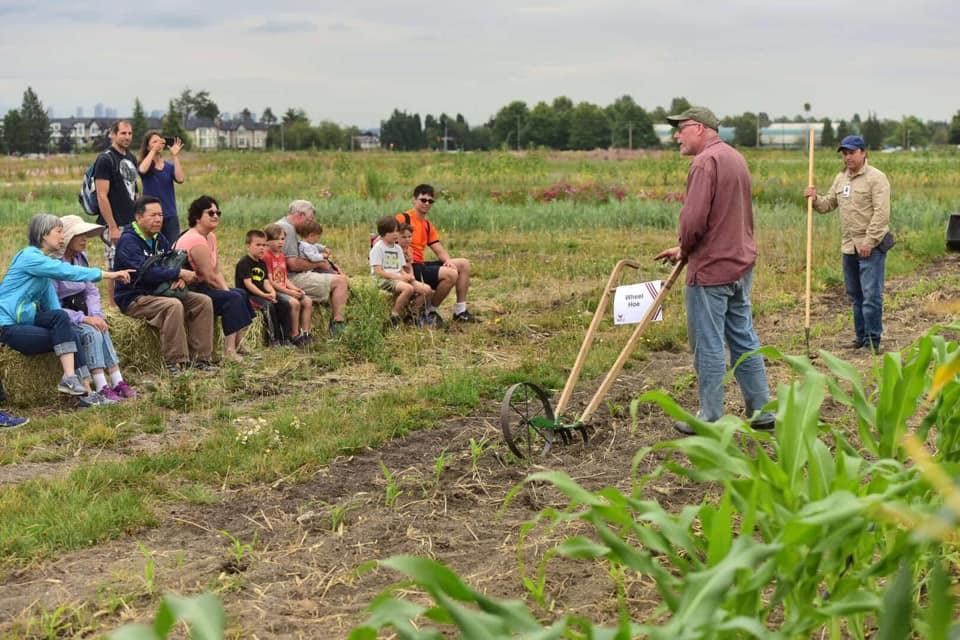 Last Saturday I walked towards the Garden City Lands along Lansdowne Road. Already from a distance I could see the white tents of the Farm Fest booths. They seemed to hover above the ground like a mirage. Once I’d crossed Garden City Road, I felt as if I’d escaped from the city, with its streets, parking lots and heavy car traffic, and wandered into an oasis of endless vegetation, where the air smelled sweet of hay.

Richmond’s role in farming – yesterday, today and tomorrow – was one of the main themes of the Farm Fest. Nowadays, with technology replacing much of what was traditional, the purpose of certain tools and machines is quickly forgotten, so the display and demonstration of historic agricultural artefacts was especially interesting and important. A large pen containing docile farm animals, munching on hay and relaxing on bales, attracted many young visitors who perhaps had never seen goats or donkeys outside the pages of picture books.

For several hours that afternoon I was in attendance at the booth of the Garden City Conservation Society. Birds and bird habitats was our focus, and we had pamphlets and maps about the garden birds, shore birds, waterfowl and raptors found in Richmond. Brendan Toews, an intern at Bird Studies Canada and a very knowledgeable young man, was there to answer questions and encourage the visitors’ interest in birds.

While on duty in the booth, I thought how thoroughly relaxing it was to sit still and watch people walk by. Soon my imagination turned the scene into an open-air theatre. Enter stage right Mayor Brodie, strolling in the middle distance and looking contented, as well he might because the city’s Farm Fest was once again an indisputable success. A while later, enter stage left councillor Kelly Greene, who came to the booth to exchange a few words, followed by councillor Harold Steves, who took our picture.

It was delightful to observe the expressions of the young children as they examined our displays with their parents and grandparents. Wonder and curiosity were written all over their faces. We offered them colouring sheets with pictures of birds and other small, wild creatures, which they eagerly accepted.

At the beginning of this column I used two words – mirage and oasis – which originally pertained to deserts. Mirage, from the Latin “mirare,” to look at, signifies an optical illusion, often involving water; oasis, of Egyptian origin, means a fertile spot in a desert. Used in a figurative sense, oasis is therefore the perfect word to describe the Garden City Lands – fertile nature in the midst of an expanding urban development. It, together with the Nature Park, is Richmond’s green lung.