It’s finally happening! The studies – steadily increasing in number over the last years – about the damage we’re inflicting on the earth’s ecosystem and the recent reports on the coronavirus pandemic are converging in their focus.
Jun 6, 2020 1:00 PM By: Sabine Eiche 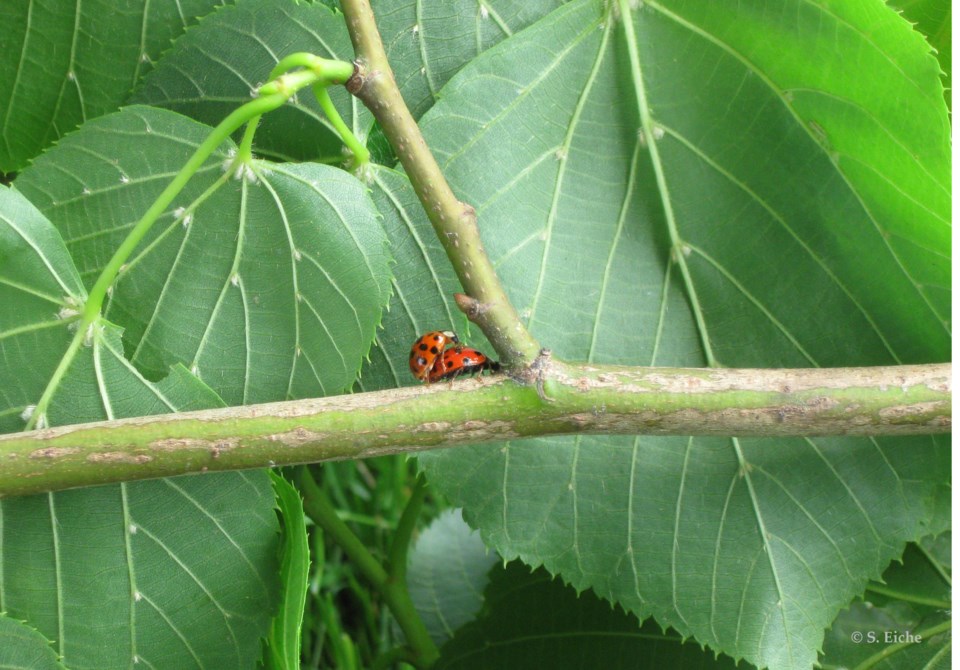 Assuring there will be future generations of ladybugs. Photo: © S. EicheSabine Eiche

It’s finally happening! The studies – steadily increasing in number over the last years – about the damage we’re inflicting on the earth’s ecosystem and the recent reports on the coronavirus pandemic are converging in their focus. Although the exact origin of the SARS-CoV-2 virus is still disputed, several scientists argue that there’s a link between the virus’s emergence and our destruction of nature.

The ecosystem is finely tuned. It strives to be in balance. When the balance is upset, it seeks to right itself. We’ve taken a very high-handed approach in thinking that we can arrange nature to suit us. What we’re really doing is creating havoc and in the process we’re endangering ourselves because we are part of nature, we’re not above it.

How are we upsetting the balance? By destroying natural habitats through deforestation, by relying on fossil fuels, by rescinding laws that had been introduced to protect the environment, by engaging in monocrop farming on an industrial scale and using pesticides such as Roundup that lead to bacteria developing anti-biotic resistance. These are only a few of the many ways in which we’ve disrespected nature.

Measures adopted by countries during the pandemic have momentarily suspended, or at least slowed down, this cycle of capitalizing on the natural environment. Some effects, such as the reduction of air pollution in what are normally major industrial areas, were immediately noticeable. I’ve detected changes in my own yard and I wouldn’t be surprised if they, too, were related to the general interruption of hectic human activity. The honeysuckle and sage in the backyard have never before bloomed so profusely.The garlic looks like it had been groomed for a photo in a glossy gardening magazine. My tomatoes are making blossoms earlier than usual. And the ladybugs! Every day I see couples mating, usually on my parsley, which is in its second year, very tall and about to flower.

During the lockdown, many of us discovered that there was lots that was superfluous in our so-called normal lives. We rediscovered basic activities, such as cooking and baking. We had time to observe nature, to listen to the birds and watch the outdoors come to life. Let’s keep going that way!

So, had the pressures of the global economy stopped us from admitting we haven’t been handling things properly? We’ve got to find a way to work with nature, not overpower it by bowing to the demands of the economy. Originally economy meant household management. It’s from the Latin “oeconomicus,” which in turn derives from the Greek “oikos,” house, and “nemein,” manage. “Oikos” is also the source for ecology, the study of the relationship of organisms to their environment – which is nature, life’s home. But we haven’t been managing our house – nature – very well. We’ve been mismanaging it, by taking ruthless advantage of it.

The exploitation of nature doesn’t have to be inevitable. Richmond proved that when it stepped in to save the Garden City Lands from commercial development – an example to respect and follow.