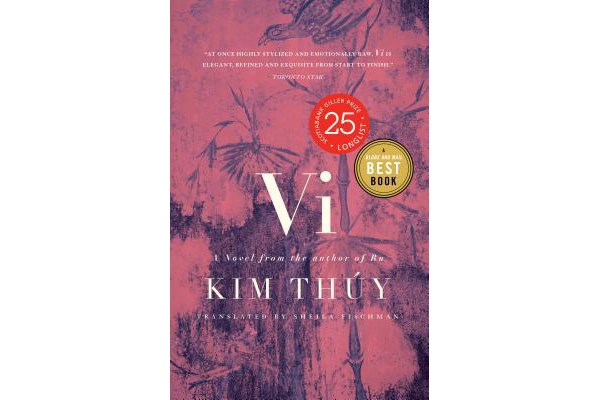 The title character Vi, the youngest of four children and the only girl, narrates this moving story of a Vietnamese family over several decades of the 20th century. The political climate is changing and two of Vi’s brothers are about to be sent to war, and certain death. Her mother decides that the family must escape the Vietnam conflict. Vi’s father, a soft, spoilt man from a wealthy family, decides to stay behind.

Vi’s family hires smugglers to take them by boat to Malaysia and are lucky to arrive without encountering storms or pirates, but two other boats containing their friends are not as fortunate. In the refugee camp, the family is selected to be part of the first wave of Vietnamese immigrants allowed into Canada.

They arrive in Montreal in the middle of a heat wave, wearing warm clothes they had purchased in anticipation of cold weather. Vi’s mother finds a job washing dishes in a local restaurant and Vi’s older brother, Long, works in a Japanese restaurant while going to business school. Thanks to a worldly family friend and her diplomat husband, Vi is given the opportunity to see the world from a different perspective than her brothers. She decides to study translation and eventually becomes a lawyer and returns to Vietnam.

Thúy’s writing is spare, vivid, and beautifully poetic, evoking the languid heat of Vietnam, and the icy cold of the Canadian winters they eventually encounter. Despite running only 130 pages, so much happens to Vi and her family members that the book has the sweep of a historical novel. Its themes encompass not only the refugee experience, but also complex relationships and the enduring strength of women.

All month long, the library has unlimited eBook and eAudiobook copies of Vi by Kim Thúy available so that everyone can read and enjoy the book at the same time. The library also has a limited number of print copies of the book available.

There are four ways to participate in One eRead Canada: