BALDREY: BC Liberal leader caught in cycle of missteps and gaffes

Sometimes in B.C. elections, a party leader finds themselves trapped in a cycle of missteps, gaffes and controversies that overshadow everything they try to do on the campaign trail.
Oct 21, 2020 8:30 AM By: Keith Baldrey 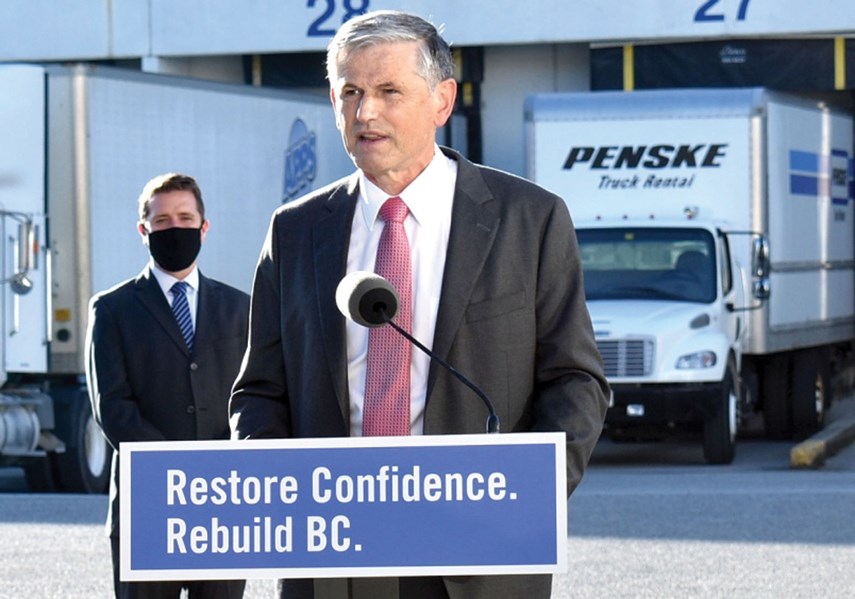 Sometimes in B.C. elections, a party leader finds themselves trapped in a cycle of missteps, gaffes and controversies that overshadow everything they try to do on the campaign trail.

And that is precisely the kind of trap B.C. Liberal leader Andrew Wilkinson finds himself in right now and there is precious little time left in the campaign to get out of it.

Nearly every day on the campaign has put Wilkinson on the defensive as various controversies keep derailing his attempts to change the channel to something more positive for his party.

Whether it is explaining why one of his candidates voted against a rainbow Pride crosswalk or why he was chuckling at sexist comments on a Zoom chat or why another candidate had to be turfed from his party, Wilkinson has had more down days than up ones.

However, it is how he has dealt with these controversies (or, to be more accurate, how he has “not” dealt with them) that appears to be raising questions about his leadership from within his own party. This does not bode well for his long-term leadership prospects.

He waited more than two days before taking questions about the incident. He then threw Thornthwaite under the proverbial bus, using harsh language to condemn her behavior.

His treatment of her stood in stark contrast to his complete inaction when it came to Chilliwack-Kent MLA Laurie Throness, who has for years been linked to homophobic views.

Throness was caught in another Zoom chat linking contraception to eugenics, and Wilkinson waited until after it became apparent on social media that an internal revolt was brewing amongst some of his candidates – including sitting MLAs – before taking action and telling Throness he was no longer a B.C. Liberal candidate.

It was all too much for party convention chair Nicole Paul, who unleased a long twitter thread that criticized Wilkinson’s handling of diversity-related issues and said the party under Wilkinson’s leadership “no longer reflects the values I support.”

Aside from raising questions about Wilkinson’s leadership, these episodes (and others) have exposed a couple of glaring weaknesses about the B.C. Liberal party.

One is that it remains rooted in the past and has yet to renew itself along more diverse – ethnic, gender and age – lines that better reflect the demographic makeup of the electorate, particularly in Metro Vancouver. If, for example, the B.C. Liberals lose their Richmond seats – where their candidates are diverse on a number of levels – that would be an unmitigated disaster for them.

The other is that its tolerance and even embracement of social conservativism in order to hold political power carries enormous risk.

Rita Johnston and the Socreds discovered that back in 1991 and things ended badly for them. Unless something dramatically changes the script between now and election day, Wilkinson and the B.C. Liberals could face the same fate.

Keith Baldrey is chief political reporter for Global BC. Keith.Baldrey@globalnews.ca

What are your thoughts? Send us a letter via email by clicking here or post a comment below.

Editor's column: Whine and kvetch, but wear a mask
Dec 3, 2020 10:37 AM
Comments
We welcome your feedback and encourage you to share your thoughts. We ask that you be respectful of others and their points of view, refrain from personal attacks and stay on topic. To learn about our commenting policies and how we moderate, please read our Community Guidelines.