Mo Farsi added to his trophy cabinet Monday when he was named Canadian Futsal Player of the Year.
Nov 30, 2020 1:49 PM By: Canadian Press 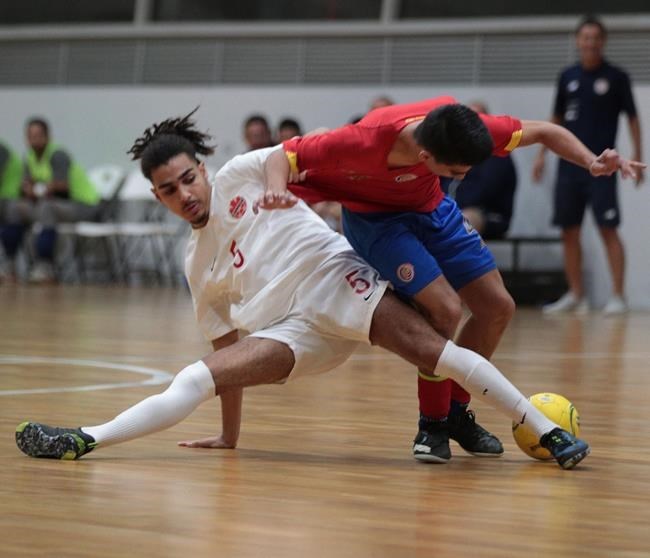 Mo Farsi added to his trophy cabinet Monday when he was named Canadian Futsal Player of the Year.

Last week the 20-year-old from Montreal, a defender with Cavalry FC, collected the Canadian Premier League's Best Under-21 Canadian Player of the Year Award. He also picked up CPL Shot of the Year in a fan vote.

He scored the decisive goal in a 2-1 win Jan. 31 in his international debut, lifting Canada to its first-ever win over the two-time CONCACAF futsal champions. Farsi also helped Canada to a 2-2 draw with Costa Rica the next day.

“Mohamed came into our January camp with a new mindset, someone who had matured and was now a young leader in our Canada squad,” Canada futsal coach Kyt Selaidopoulos said in a statement.

“Against Costa Rica, we were focused and at a good fitness level building towards the CONCACAF Futsal Championship, but Mohamed just took it to another level through his maturity and his understanding of the responsibility of being a top player.”

The indoor game is five-a-side. Each team starts with one goalkeeper and four outfield players on the pitch, with unlimited substitutions.

Canada was slated to compete in the 2020 CONCACAF Futsal Championship but the tournament was postponed due to the pandemic. The Canadians have not qualified for the Futsal World Cup since the inaugural event in 1989 in the Netherlands, where it failed to advance from the first round after beating Japan and losing to Argentina and Belgium.

He is the fourth winner of the Canadian Futsal Player of the Year award. Previous winners were Luis Rocha (2019), Jacob Orellana (2018) and Nazim Belguendouz (2017).

This report by The Canadian Press was first published Nov. 30, 2020